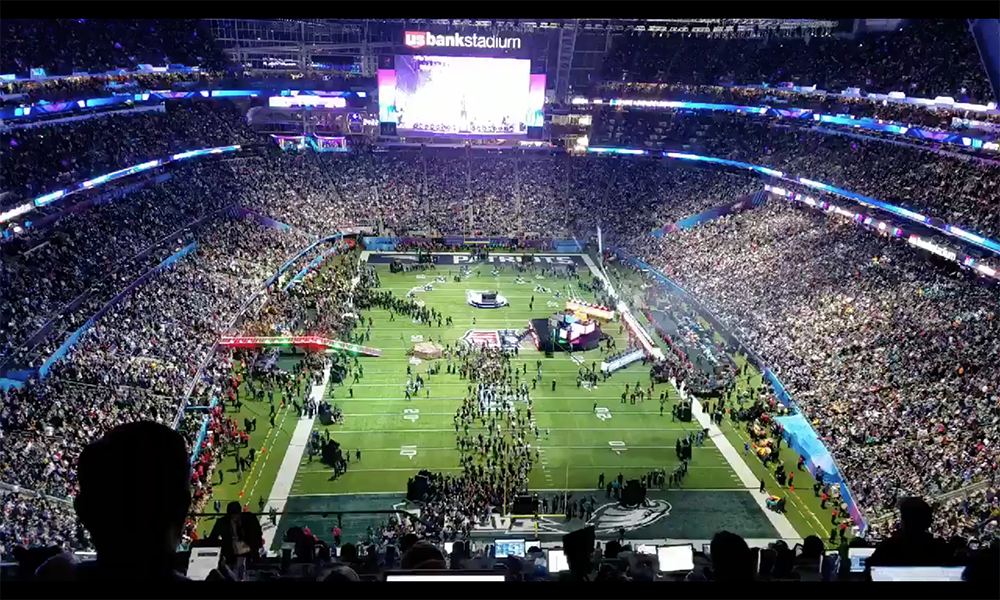 Eagles swoop to claim Super Bowl victory over the Patriots

Field being set up for Super Bowl LII halftime show

It was that night of the year, where Brits stay up until the middle of the night to watch the season finale of America’s number one sport. There were hard tackles, stunning displays of athleticism and even a half-time performance from one of the world’s biggest superstars. What’s not to love?

The Patriots, who were the reigning champions, came into the match overwhelming favourites, given that their roster boasted the five-time Super Bowl champion and the greatest quarterback of all time, Tom Brady. The 40-year-old put in yet another fantastic display and was unfortunate to end up on the losing team, in a game where he threw for a playoff-record 505 yards.

However, in what was one of the coldest Super Bowls on record, it was Philadelphia’s hot offense that stole the show as they put Matt Patricia’s New England defence to the sword on almost every drive. The victory was masterminded by a number of brilliant drives led by quarterback and MVP Nick Foles, to go alongside some gutsy play calls from coach Doug Pederson.

Philadelphia-born Eagles fan, Sean McCafferty, spoke to JLDN about his emotions following a memorable night for the city: “It is absolutely surreal. People don’t understand what it means to the city of Philadelphia. Through all the struggles and adversity we have faced this season, we did it, we won the Superbowl. I am completely overcome by emotion, and I simply cannot believe that I have seen the team I have supported my whole life win a Superbowl.”

The half-time show was provided by global superstar Justin Timberlake, who ran through a catalogue of his greatest hits. The performance has drawn criticism, though, after the singer’s mic appeared to be rather low and was drowned out by backing tracks at certain points.

Despite that, Timberlake has received some praise for his tribute to the late-great Prince, in which he performed a rendition of the track ‘I Would Die 4 U’.

The occasion will undoubtedly be remembered though for a stunning display of character and offensive brilliance from the Philadelphia Eagles – the new champions of the world.

Esports bringing gamers together across London
The FA cup round up