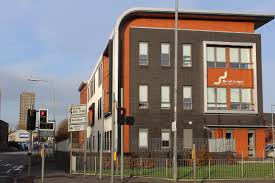 MP Heather Wheeler, the Minister for Housing and Homelessness noted “Rogue landlords and agents should never get in the way of students enjoying university life and we’re working to stop them in their tracks. We’ve brought in laws to crack down on bad operators and we have measures in place to protect tenants’ deposits.

While the law comes in September, the government is allowing local authorities to give landlords up to 18 months to adhere to the new rule.One new major law states each bedroom occupied by an individual in a multiple-occupancy property must be greater than 6.51 square metres.

Next year will see a bigger shift in further strengthening of tenants’ rights with new legislation dictating that only letting agents which join a Government-approved client money protection scheme can handle payments.

“We are going even further by changing the law to ban unfair letting fees and cap tenancy deposits. We want students to know their rights – that landlords must do their job and fix leaks, keep heating working and install smoke alarms”.

This will empower student tenants and protect their rights against landlords who unnecessarily withhold their deposit after the tenancy has ended.