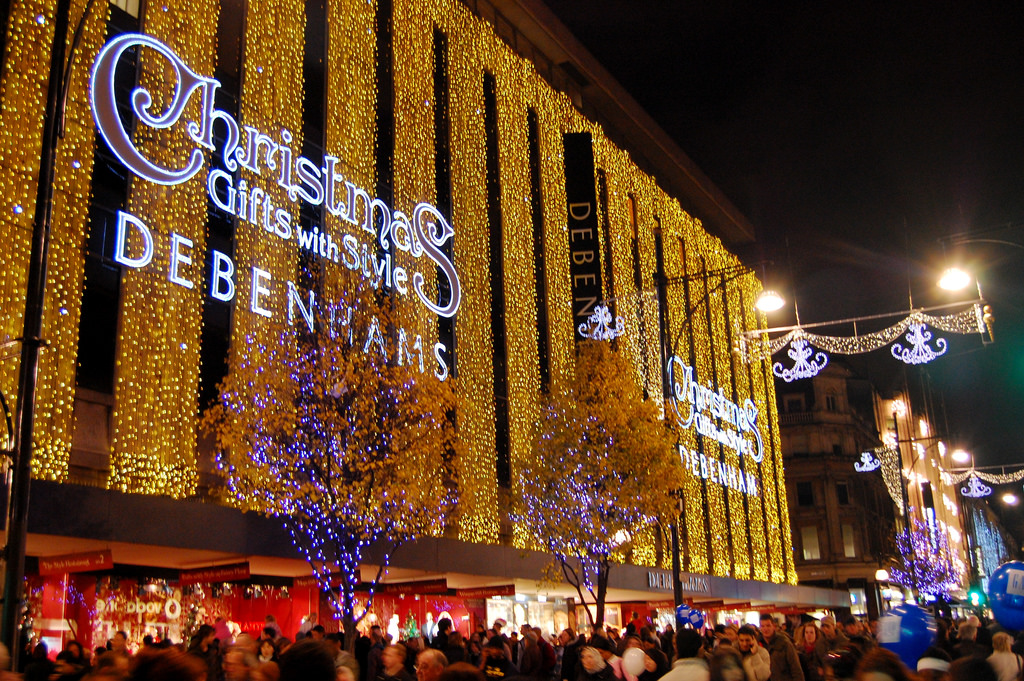 This Tuesday November 06, over one-million Christmas-lovers gathered in Oxford Street, the capital’s biggest shopping destination, to watch the Christmas lights be turned on.

In total, 90 stores took part in the festivities this year, with special offers available at selected stores including Warehouse and Accessorize.

A selection of in-store musical performances took place throughout the evening from Novelist, Kara Marni, Ray BLK, Isaac Washington and a nine-piece New York brass band. In contrast to previous years where a celebrity guest was appointed to illuminate the Christmas lights, as Rita Ora did last year, this year no guests will do the honours.

Unfortunately, for those awaiting a countdown, many people were disappointed to find that the lights were turned on without warning. Christian Reynolds who attended the event with his two sons said: “The boys were really looking forward to the thrill of the countdown, we were sharing some snacks and we hadn’t even noticed them turn on. Next thing we knew everyone was just looking around confused which is quite disappointing to be honest.”

The lights festoon the entire length of Oxford Street and include 1,778 baubles and 750,000 LED bulbs. Featuring the message “Christmas is calling”, the lights dazzled above the crowds, brightening the streets.

In order to celebrate the arrival of the Crossrail, a new set of lights had supposedly been organised to celebrate. However, due to the inevitable delay of the service until 2019, viewers will be seeing the same display as last year.

On the whole, viewers seemed impressed with the display. Terry Grant who travelled from Canada to visit a friend and attend the event said: “I came four years ago and it was mesmerising – I had to come again! I’ve never seen anything like it. It’s beautiful.”

Is vaping the smoking alternative that the 21st century needed?
Twenty years younger – a Tinder story