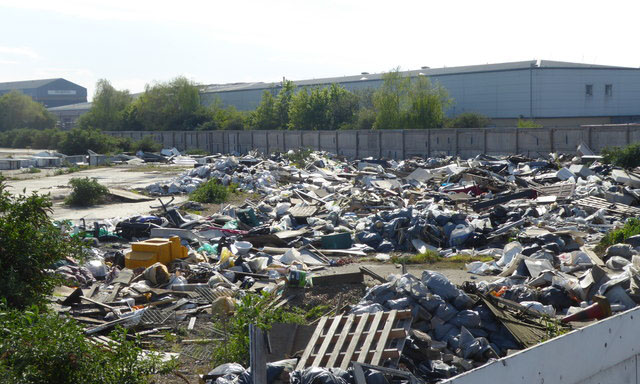 Fly-tipping near the North Circular Road

Fly tipping has become a massive issue across cities in the UK where numbers have soared beyond belief. It’s now inevitable where you don’t see the odd coach parked along the road on your way to work, there’s always something tipped on the side of the road, and this is a problem.

We saw the problem arise over 10 years ago – in 2007, 1.2 million accounts were recorded. Since then they have decreased, and during 2012 we saw the lowest amount of fly tipping yet at a smaller scale of just over 700,000. Now numbers have soared once more with over 900,000 recorded in current times.

The UK government has issued a fine from £400 to people caught fly tipping in order to help decrease this renowned crisis. If fly tippers are caught during the act by the government; fines can be given on the spot. Some people even pay others to fly tip in order to not get caught, fines to these people will be greater than £400, as the government learns to tackle the more sly fly tippers.

A mother against the concept of fly tipping, Ceri Anne Doyle, said: “It’s exactly like littering on a greater scale, it’s firstly illegal and makes the streets of London dirty. There is no excuse to fly tip, some days, I’ll take the garbage out and see sofas across the road from me or tables. It’s unacceptable.’

Some call it environment vandalism, others call it fly tipping. Either way this problem has become a real issue for our country, percussions need to be taken for it to gradually stop.