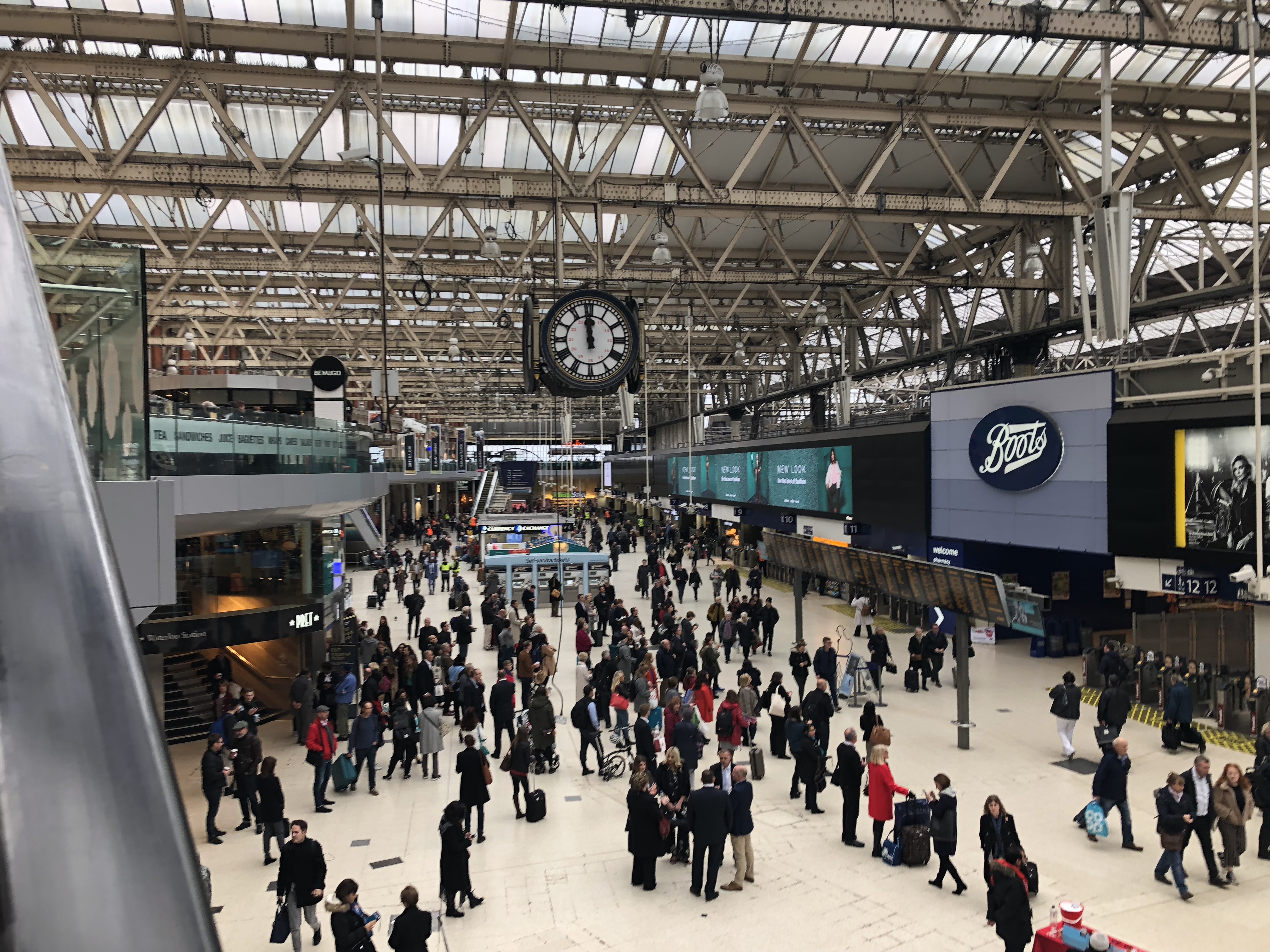 Waterloo station now have a five year old harris hawk named Aria on board to stop people having to fight pigeons whilst having their lunch at the station.

There have been many complaints about pigeons pecking at food and leaving a mess as there are 27 food retailers at the station.

“fight pigeons for my food”. Another visitor even suggested passengers should “bring a fly swat for the pigeons”.

Jason Murphy, Waterloo area manager for Network Rail, said: “Pigeons can be a real nuisance for people using the station. They also cause a lot of mess which needs cleaning up at some expense.

“Aria’s work is really important in making the station a better place for our passengers, while saving us money on our cleaning bills. “She’s a very hard worker and we’re delighted to have her as part of the station team here at Waterloo.”

Aria will be at the station twice a week for two hours. She has previously been in charge to keep pigeons away in London King’s Cross and the Treasury.

Aria’s handler, Max Bell, said: “Aria really enjoys the environment at Waterloo and is delighted to be here.”She does a great job and often likes to reward herself with a relaxing bath in the puddles that gather on the rain shelters over the platforms.”