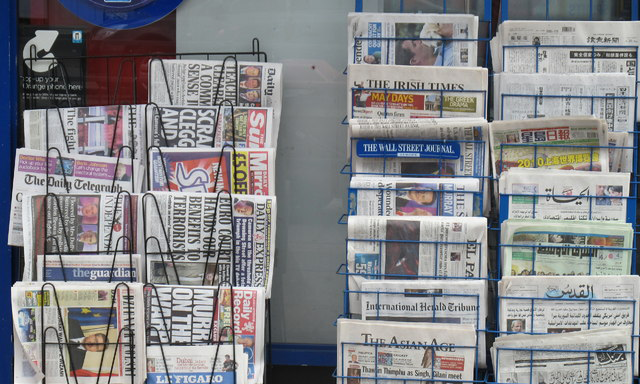 The creation of the printing press allowed for large scale manufacture and distribution of information, the origin of news writing as we know it. This creation also allowed the public to share information that wasn’t pre-approved by the church, as prior scribe-written texts were, meaning that this allowed for the  first “free media”.

Over the last 30 years however, since the creation of the internet, the use of printed media has slowly decreased due to the rise of online news and entertainment. This change is based on the ease that online news allows when delivering information as quickly as possible to everyone who has access to the internet.

This change reflects the change in the public’s attitude to news consumption, shifting away from news as a means of gaining information, and more as a constant stream of entertainment.

The technology that we ,the majority of the public,  have access to, in the form of smartphones, give anyone the ability to take part in news production. Anyone can record and upload a video or post an article online, meaning that news can come from anywhere and from any person regardless of experience or influence.

As new technology is constantly emerging, our relationship to the media will change with it. Examples include AI news anchors that read computer generated bulletins that eliminate any human contact with the production of news, phones with AR features that allow users the ability to be transported right into the middle of a conflict to grow a closer connection with worldwide issues and the growing popularity of voice activated assistants like Amazon Alexa or Apple’s Siri that can constantly keep users up to date with developing news stories.

Only time will tell what the world of journalism will look like in the next few decades, and how our relationship with media will grow and develop.