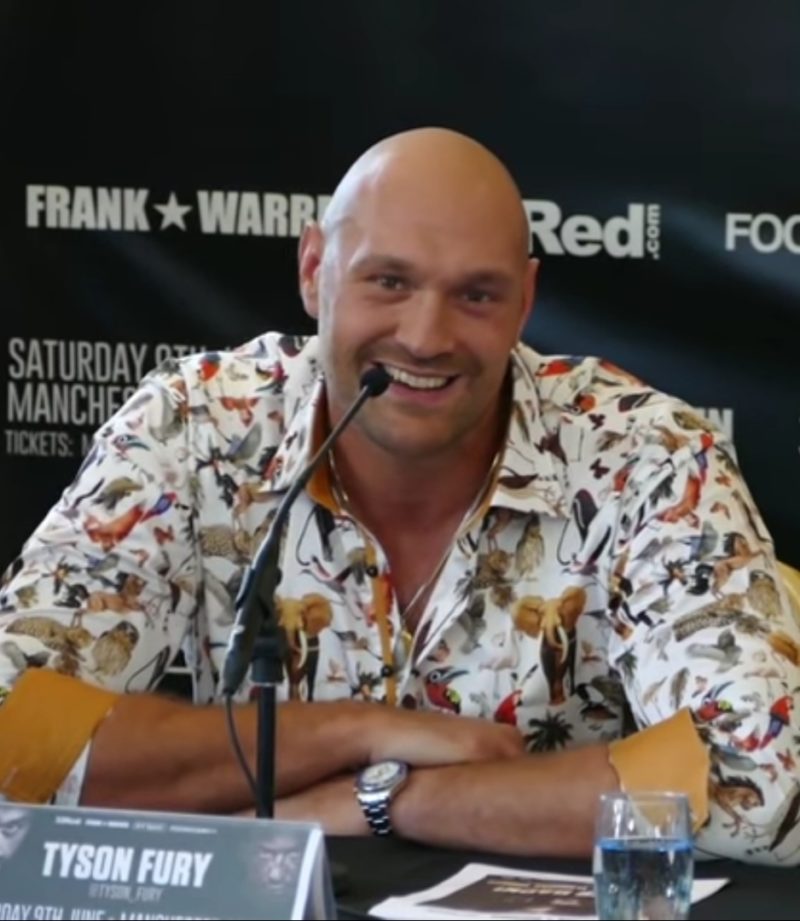 Tyson Fury is set to take on Braun Strowman In a heavyweight showdown at WWE’s Crown Jewel in Saudi Arabia on October 31st.

Fury is reportedly set to bank a cool £11.9M for taking part in the event, and he is going to take on WWE’s most powerful and devastating superstar.

Fury Ventures into the world of wrestling, some believe to boost his US boxing profile. And there’s not a better was to do it than a cameo on WWE (World Wrestling Entertainment) TV.

He follows the likes of many combat sports stars such as former UFC champion Rhonda Rousey, Cain Velasquez who is a former 2 time heavyweight UFC champion who is set to take on old rival Brock Lesnar at Crown Jewel, he beat Lesnar for the belt back in 2010. Even Floyd Mayweather took on the Big Show at Wrestlemania 24. The Gypsy King who is still referred to as the Lineal heavyweight Champion of the World made a comeback to Boxing after being banned for elevated levels of nandrolone (banned steroid). Photo by Flickruser, Tyson at a press conference

Fury is on a crusade to reclaim the belts after he was stripped of them after embarrassing Wladimir Klitschko in November 2015 to claim all Heavyweight titles. His most notable fight since his comeback came against WBC Heavyweight  Champion, Deontay Wilder. Wilder is considered as one of the hardest hitters in Heavyweight history.

The bout ended in a draw, and a rematch has been signed for early 2020. And if Joshua reclaims the IBF, IBO, WBA (Super) and WBO world heavyweight titles back off of Andy Ruiz Jr in Saudi Arabia in early December. Will we see a unification fight? Will Fury ‘get these hands’?
photo by Mmsnapplez

Riyadh is set for an eye-catching night with appearances from icons as well as legends in the making.

Fury being on WWE TV has certainly got people watching.

Is YouTube boxing the key to the next generation?
The impact football has had on my mental health