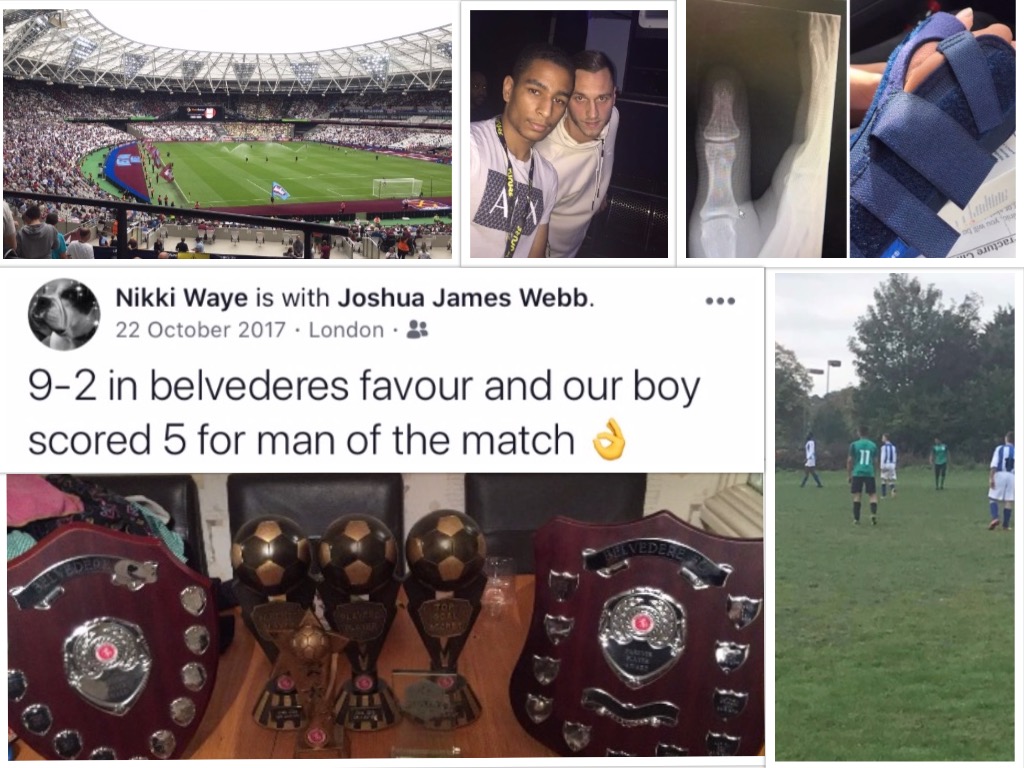 One of my first memories was watching the FA Cup final in 2006 between West Ham and Liverpool. We (West Ham) were seconds away from our first major trophy in 26 years, but Gerrard decided to unleash a shot from 35 yards which sent the game to extra time, and we eventually lost on penalties.

Unfortunately for me – a young and impressionable 6 year old – I was being introduced to a team which would go onto cause so much stress, and would and still does literally ruin weekends.

I’m stuck with my team for life, and as bad as they can be, I haven’t and will never jump ship. Despite being deprived of success, and the only taste of success I’ve witnessed is our promotion back to the Premier league in 2012.

But I have come to terms that we will not be the best team on the planet, we’re not going to win the League or the Champions League….. YET. So, I’ve come to the state of mind where I’ll just enjoy it when and where I can.

We haven’t been relegated since which I suppose is a bonus, but if there’s a common theme with West Ham today, we are consistent in being inconsistent. We beat or get a result against those we shouldn’t (Arsenal, Manchester United …), and lose to teams we should beat (Crystal Palace, Everton …). Commonly known to West Ham fans as, ‘The West Ham Way’.

Most football fans can agree with me when I say football ruins weekends, and weeks. You feel let down, depressed. And most people don’t look forward going into school or even work after losing, you are the main target for the ‘football banter’ and when you support a team like West Ham, the banter never ends.

Some people can’t understand that football can actually lead to someone being depressed, whether it’s for a week or longer.

People build a genuine connection and bond through football. The idea of wearing the club’s shirt, and identifying with a badge makes people feel part of something. And talking from personal experience, knowing you are one of millions who support the same thing you do, no matter how good or bad they are, you feel somewhat good about yourself.

You can make friends through football, and nowadays a lot of people go and watch football regularly not just in the hope that the team wins, but also for the social aspects of football. In the case of owning a season ticket, you could be sitting around the same people week in week out for 10+ years. You meet new people who could eventually go on to have a personal and positive impact on your life.

I have also played football since I was around 6. From trials at West Ham to up till now where I play for Kent Duchess FC.

From young I fell in love with football and sports in general, my mum introduced me to BMX racing in which she was a successful athlete, multiple time British and national champion, 2nd in Europe and 6th in the world. so, I was faced with a dilemma, West Ham or BMX racing. And looking back on my decision to do BMX over football, what a naive and silly decision.

Although I went on to be one of the best riders in the country in my age group as well as the whole south of the country, I would eventually give it up as it got too expensive to travel around the country every weekend.

And to see guys I used to beat comfortably going onto Olympic programmes, I feel a sense of jealousy as it could (and should) have been me if I had continued with the sport. I also feel happiness for them – to see kids who came out of Peckham becoming national stars, you can only be supportive. And props to CK (CK Flash MBE) for the hard work he has put in over the years to keep kids on a straight path.

I went back to football, where I captained the school football team, and having a sense of responsibility for everyone was a real confidence boost, you learn to be a leader, as well as barking orders you also need to prove you are there as captain for a reason.

And to this day I haven’t lost the leadership, despite not being captain of Belvedere while I was there, or Kent Duchess now, I lead in a different way. At Belvedere I was the star man, the 30 goal a season striker, frightening pace, skill and strength.

It was my job to lead the attack, to make things tick, and I did it well. (And on a side note, I should have been captain, but managers son gets it by default. Sigh.)

Playing football has done a lot for me mentally. It acted as a pressure valve which helped release all the pent up anger and frustration, not in an aggressive way, but an expressive way. Like most males I’m stubborn, I find it particularly hard to talk about my true feelings and my state of mind, and football was my way of keeping me somewhat stable.

Luckily for me, playing football, my team took considerably less beatings than West Ham did. So, if West Ham ruined my Saturday, I’d make my Sunday and unfortunately for the opposition they were what was for Sunday dinner.

But possibly one of the most depressing stages of playing football was when I broke a bone in my hand, when an opposition defender decided the only way to stop me was pulling and breaking 2 fingers while he was defending a corner.  The jokes on him as I carried on playing and scored in the final minute  – a win which shaped the title race.

I was sat at home for over a month, and the doctor strictly advised me not to play football as it could cause lifetime damage to the mobility of some of my fingers. Watching the boys from the sideline was very frustrating, I wished I could have been on the pitch too. The performance of the team dipped, which led to a disappointing loss to the team who were sat bottom of the table. And as depressing as it was to watch, it made me even more hungry to recover from the injury and come back stronger.

After scoring 30 goals in my final season for Belvedere, I was turning 18. University was approaching, as a well planned lads’ holiday and I gave football.  This turned into a year of not playing.

Luckily for me I don’t put on weight easily and if anything, I’ve put on good weight over the last year and as a bonus I’ve continued to grow. And for a whole year while I didn’t play football, I’d sit at home on weekends wishing I could be playing and it was a depressing feeling. I was apparently a lot more short tempered, quieter and having overcome some of my introversion by playing football, not playing saw some old habits creep back in.

I finally decided a couple of weeks ago that I wanted and needed to get back into football. And when an old friend who I previously played with at Belvedere approached me with an opportunity to play for Kent Duchess FC, I took the opportunity.

It felt good to be back. I have my pressure valve again! and on my debut yesterday I was back to my old ways scoring 2 goals. But my goodness am I unfit …

Football overall has definitely had a positive effect on my mental health, and I’m sure many people across the globe can say the same thing. There is always going to be ups and downs in football, and I’m one of the people where when it’s a down, I am really down. But I suppose that’s a testament to how important the sport is to me and the impact it has on my life.