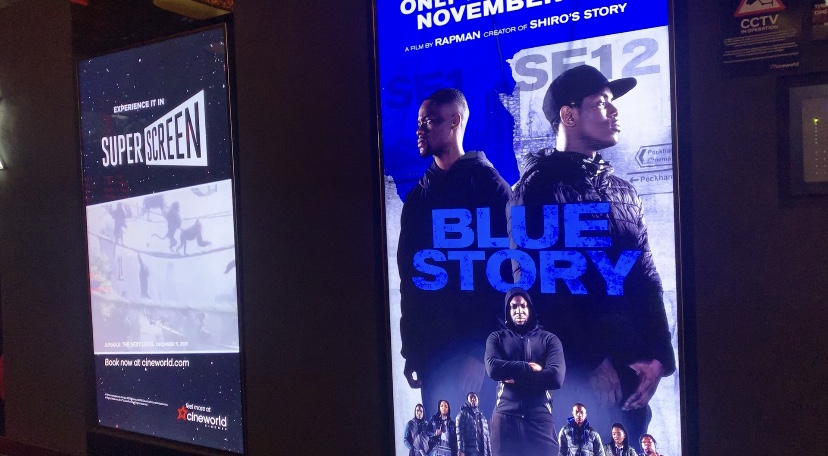 “Blue Story”: controversy in the UK after the withdrawal of the film accused of inciting violence

The movie written and directed by the singer Rapman was banned from a hundred cinemas accused of inciting violence.

The film tells the story of two friends caught up in a gang war in Peckham (South London). He was applauded by the critics for the sensitivity with which he shows a friendship put to the test by the pressures of gangs and the lives of two young, nice boys, who skip as a result of gratuitous violence.

The Vue group removed the film from its 91 screens after the incidents that broke out in Birmingham over the weekend.

The clashes, which took place in the lobby of a multiplex and ended in a general fight between a hundred people, required the intervention of the police. Two machetes and a knife were recovered and we could see scenes of terrifying violence.

It is unclear whether the fight was triggered by young people lining up for Blue Story or another movie released by the cinema that night. Yet another chain of cinemas, Showcase, has followed suit with Vue by also deprogramming the film.

The decision generated a lot of criticism on twitter with hundreds of tweets on the hashtag #NoBlueNoVue. Paramount and BBC films also have issued statements in response to the situation.

Despite the film being pulled from all Vue and Showcase Cinemas venues, Paramount Pictures’ Blue Story has made an excellent start in the UK box office with a 1.3 million pounds opening weekend.

That figure was enough for the third spot in the chart. An excellent result for a debut feature director for a largely unknown cast and the film’s removal from many locations according to ScreenDaily.

Vue’s chief executive, Tim Richards, said it was now looking at “beefing up security” to restart screenings he told to the BBC.  It comes after Blue Story’s director, Rapman, questioned whether there were “hidden reasons” for the ban.