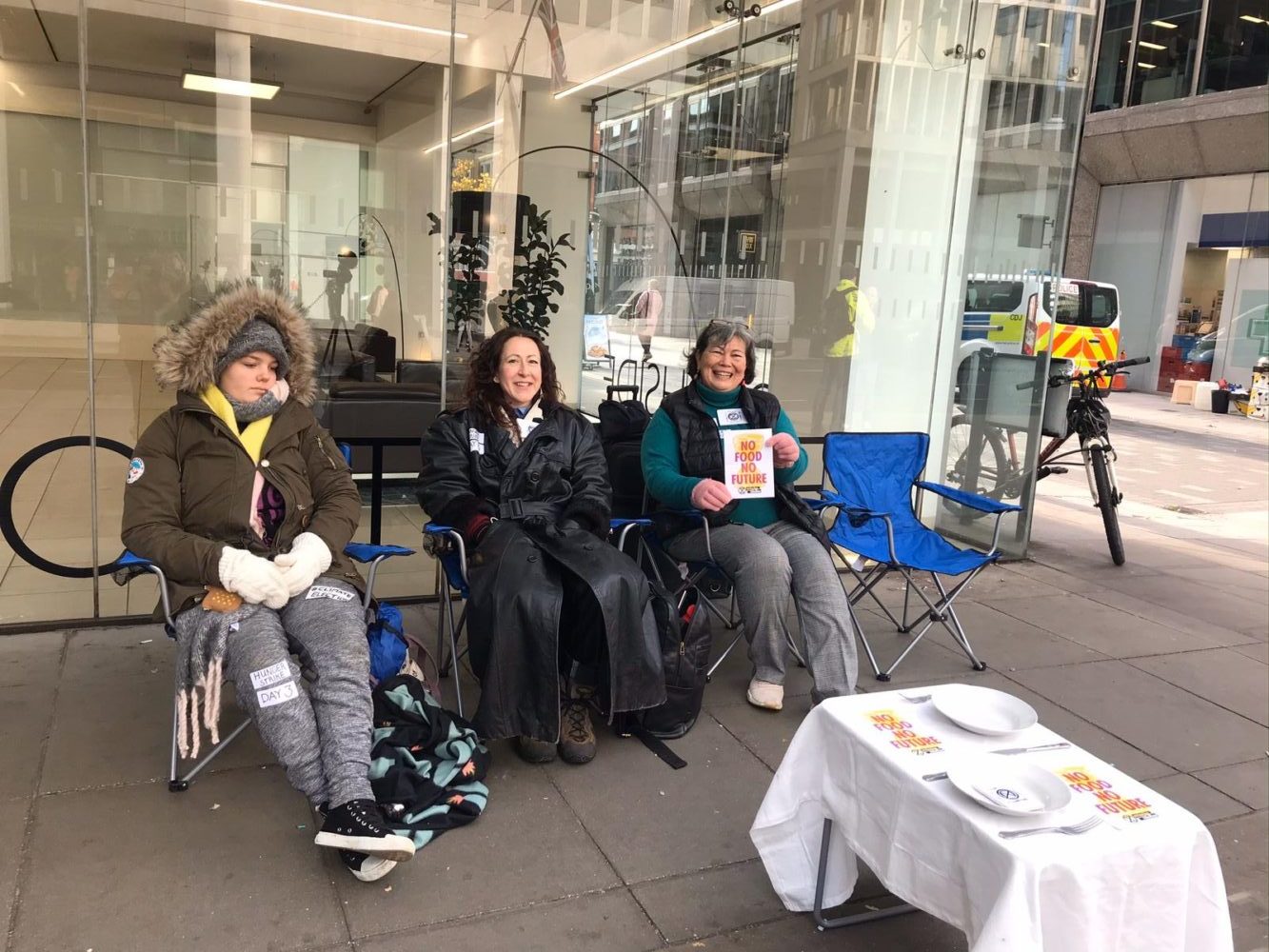 The group of activists had a wide range of ages ranging from 18-84, JLDN spoke to La Pethick. The 84 year old is taking part in the hunger strike right at the height of the bitter British Autumn. A visibly upset La Pethick said, ‘I’m not doing this for me, I’m doing this for my grandchildren.’

Like many in the group, La Pethick has had her fair share of run-ins with the law since joining the fight against climate change. She recently got arrested and as she claims, ‘Man handled’ by the police when she attempted to block an entourage of vehicles which surrounded the Prime Minister, Boris Johnson.

When asked about whether getting arrested for their cause may harm their day jobs, one teacher sharply responded saying, ‘Why would it? if it isn’t serious it doesn’t go on my record.’ the teacher went on to say how she encourages her students to get involved in the fight against climate change.

But will these latest efforts lead to another load of groans from other members of the public? If you go back to early October, Extinction Rebellion brought London to a stand still. Thousands blocked roads and bridges, including Westminster Bridge which is a vital route to the local hospital, St Thomas’ Hospital.

Criticism of the decision to block the route to a major London hospital was met by harsh criticism after Extinction Rebellion  denied a man the chance to say his final goodbyes to his dying father when they blocked the M32. The mans father was seriously ill in Bristol Royal Infirmary.

Extinction Rebellion caught further criticism when on Sky News, a representative for Extinction Rebbellion defended the action to block Westminster Bridge. But when challenged on the problems it may cause, Savannah Lovelock said, ‘there’s potential of, you know, if people really really need to get there, about letting them through.’ this was met by serious social media backlash.

Protestors will be running out of fuel, both young and old. The fight against climate change continues to grow and the general election looms.