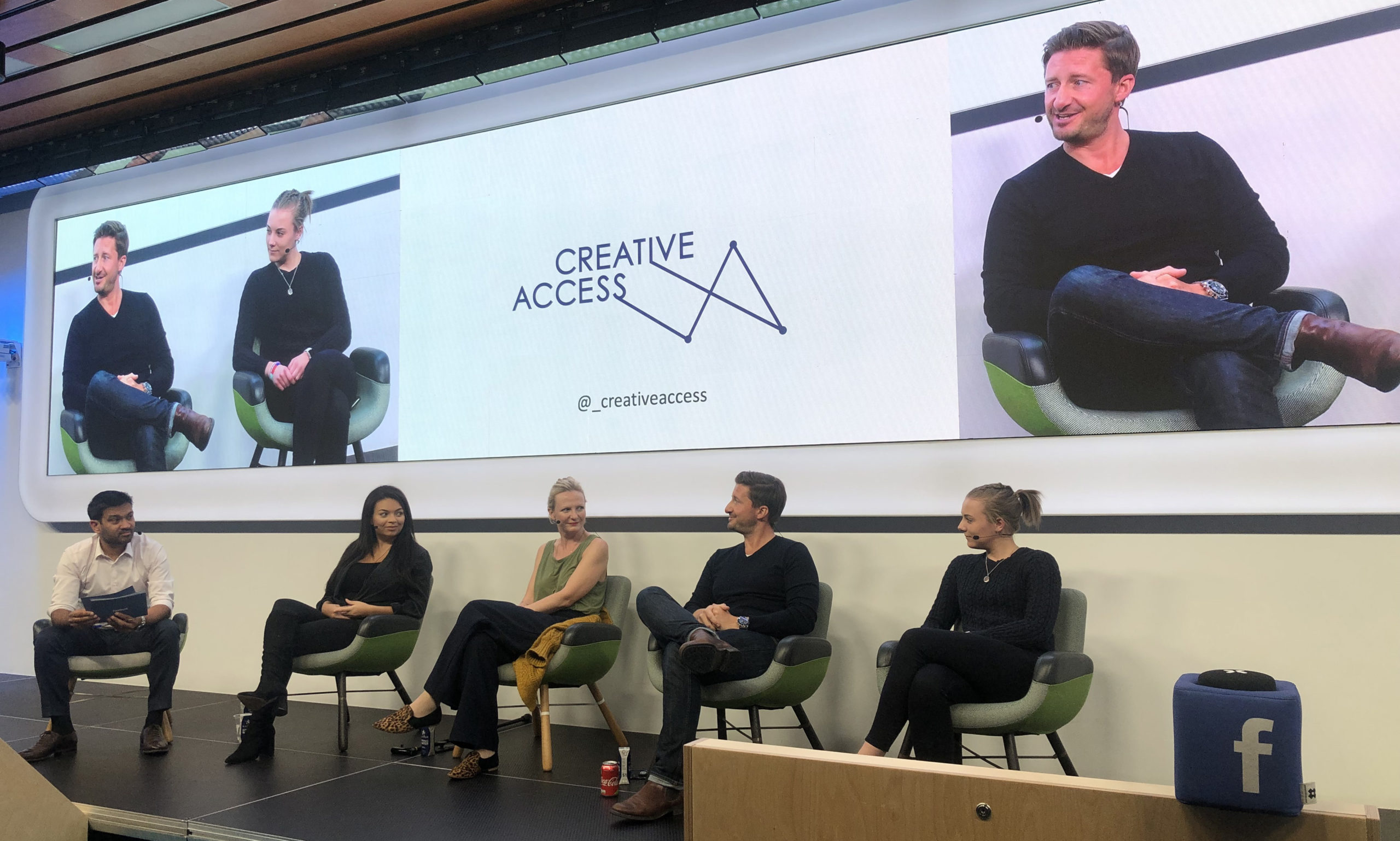 The masterclass was held by Facebook in their London headquarters; it was an opportunity for students and other members of the public to hear and get inspired by the life stories and experiences shared from the line-up.

She expressed her excitement in being part of the masterclass as an example for all the young people struggling in finding work placement and their true passions.

At the question what has inspired her to be part of the masterclass Lauren says “6 years ago I was in this audience and I was hearing from different people their experiences and I know how helpful that was because I didn’t have access to big companies at the time”.

She then continue to say “lift as we rise, as we get to the position we want to be in life what can we do to help people to get to where they want to be and that’s what I kept in mind and what inspired me to do the masterclass”.

Many from the line up were people with no contacts or experiences who build their way up to where they are now, from the bottom.

Julie Seal, shared her experience and expressed her concern and importance of networking and knowing people “getting contacts can be very tricky, especially for me, as being from a working-class background because I knew nobody.”

She then referred to the younger audience at the masterclass, “go to things, show up, and be engaged” she then confidently said.

The Creative Access Facebook masterclass was focused on the struggle of finding work placements after university or school, Pierce Noller who is now a Facebook global agency lead, said that he had no idea of what he wanted to do with his career.

He says he is a “failed accountant” and continues to say “It’s perfectly okay not to know what you want to do” he then gives some advices in how every individual should be stay true to themselves and not force anything on them as it will not go well.

He also gives some career advice, “don’t stay anywhere too long or move around too much” he refers to his own career path and how by doing this he can justify every move on his CV.

Pierce Noller was invited to the masterclass only one hour before hand, but he still wanted to be part of it and enjoy it.

“I had time to think around what the passion areas were for me, and what areas for my own experience I can give advice to so everyone can do well” he says.

My name is Alessia Sasso I am a journalism student. Journalism is always been my passion and I am lucky enough to be able to pursue it.