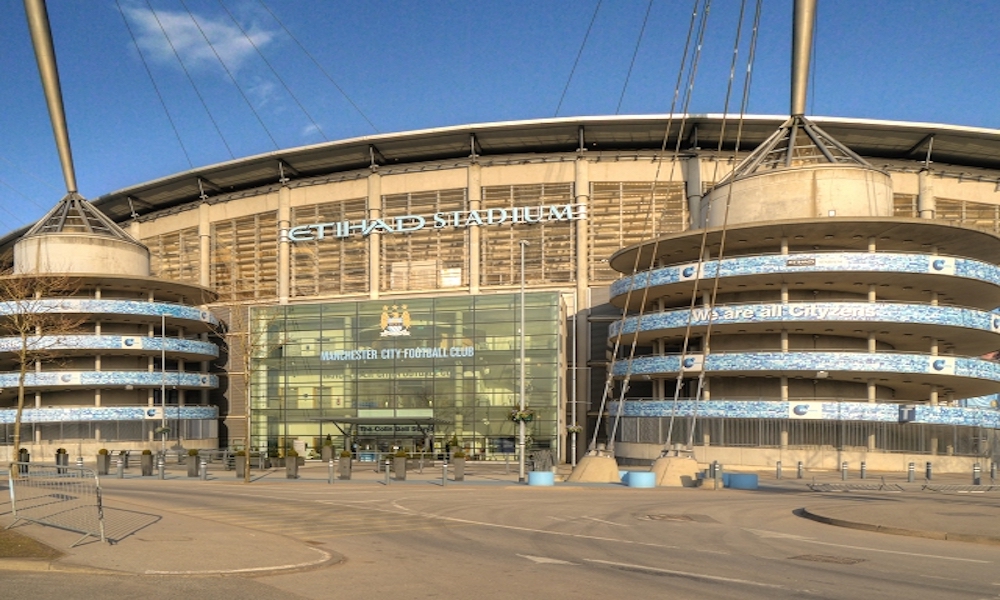 The game was becoming a match to remember for 13-time premier league champions but the match was marred by a section of Manchester City fans throwing coins and lighters at United players Fred and Jesse Lingard when the duo went up for a corner kick. One object managed to hit Fred in the head. There was also an incident during that were Manchester City supporters were making monkey gestures and chants towards the players.

A statement from Manchester City states” The club operates a zero-tolerance policy regarding discrimination of any kind, anyone found guilty of racial abuse will be banned from the club for life”. It has been reported there has been an arrest made by Greater Manchester police according to the BBC and the man identified as Anthony Burke,41, has been released on bail.

It has been a damming moment in football where all eyes should be on the players’ performances on a memorable night of football to end up having Gary Neville hit out at Prime Minister Boris Johnson on Sky Sports saying the Prime Minister is ‘Fuelling’ racism after the debate the night before. These comments have come as a surprise to a lot of viewers with people not expecting Prime Minister Johnson’s name even being discussed. After the game managers from both clubs have been asked about the incidents in their post-match interviews. United manager Ole Gunnar Solskjaer told BBC “I’ve seen it on the video. It was Jesse and Fred and the chap must be ashamed of himself. It’s unacceptable and I hope he won’t be watching any football anymore.”. City manager Pep Guardiola also told the BBC “Of course [it’s not acceptable]. I think the club is making a statement and I support that”.

The FA and Kick it out have been trying to eradicate the issue of discrimination. Kick it out have confirmed they had numerous reports on the incident in Manchester and they have also released a statement saying that”We have been inundated with reports of alleged racist abuse from a number of individuals during this evening Manchester derby. We will be contacting both clubs to offer our support and hope swift action is taken to identify the offenders.”

What makes the issue more disappointing is that Manchester City Superstar Raheem Sterling has been the poster boy to stop racism occurring in football had to witness it come from a supposed fan of the team he represents. This also makes it seem that the premier league has got its work cut out to eradicate discrimination as much as possible.

If you see or hear any abuse on a football game report to Kick it out at kickitout.org.