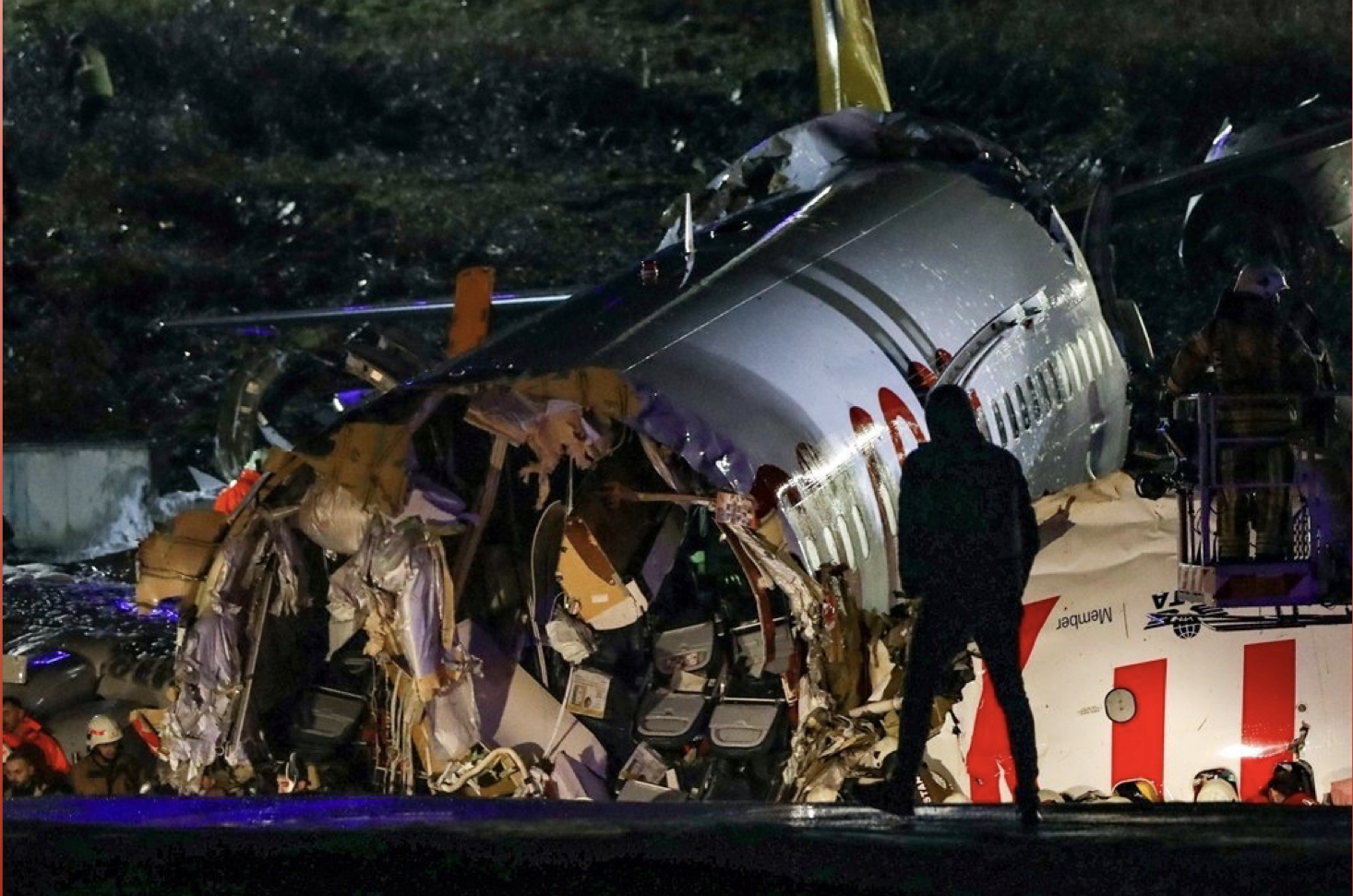 Plane crashes in Turkey due to severe weather conditions

One of the three parts of the plane showing passenger seats and people belongings. (Image by: @Conflits_ar)

The incident incurred due to extremely bad weather conditions, the plane skidded and then split into three parts.

At the time of landing the plane really struggled, as it was extremely windy and there was a heavy downpour of rain.

The majority of people on board are believed to be locals, with twenty-two being foreigners and a small number of children.

Since the incident the airport has reopened.