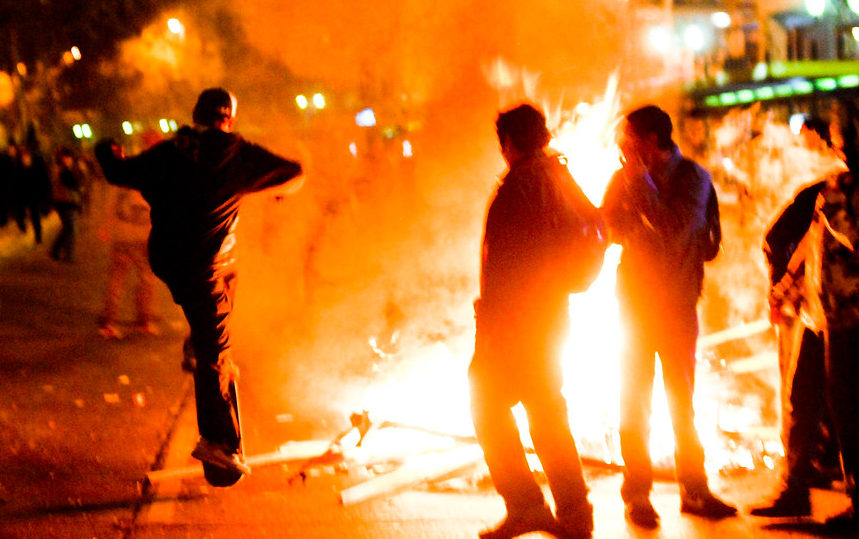 Riots broke out in Bristol in the evening of Sunday 21st March and an investigation has been launched with a large number of arrests expected in the coming days.

Eight rioters have been arrested and more arrests are imminent, says Avon and Somerset police.

Avon and Somerset’s police confirmed that six of the current eight arrests have been for violent disorder and two for possession of an offensive weapon.

Twenty-one officers were hurt and two seriously injured in the peaceful protest which turned violent, with people burning police cars and police vans whilst chanting “kill the bill.”

Det Chief Supt Carolyn Belafonte has confirmed that the investigation could lead to the release of the largest numbers of pictures of wanted suspects in the force’s history.

She continued to say,

“We’ve been overwhelmed by the outpouring of support and kindness that we’ve received from the public, as well as from organisations and agencies across the city. It’s greatly appreciated and means a lot to all the officers and staff who work day in, day out to keep the public safe.

“We have an enormous amount of digital evidence to go through including CCTV footage, Body Worn Video, social media coverage and footage/photos provided by people at the scene.”

The protest was originally a peaceful demonstration against the new police and crime bill, which is currently going through parliament.

It has also been confirmed that the police have received lots of digital content from the public and have set up a page where people can upload their own material to help the police with their investigation.

Once all the material has all been collected, Avon and Somerset will then be in a position to release images to help them identify suspects.

The protest started peacefully but turned violent after the attendance decreased and around 400-500 people targeted Bridewell Police station in Bristol.

Bristol Mayor Marvin Rees has also condemned that attacks and in a statement released by the Mayor he said “The violence and damage that have emerged from today’s protests are unacceptable and have nothing to do with the real work we are doing to tackle political, economic and social inequality.”

Other high-profile political figures including Prime Minister Boris Johnson and Labour leader Keir Starmer were both quick to condemn the riots.

The Prime Minister stated, “people obviously have a right to protest but they should protest peacefully and legally.”

Avon and Somerset Police have a key message for rioters who took part in Sunday’s riot: “you can expect a knock at your door in the days or weeks to come – it may come sooner than you think.”

If you have any footage of the riots which may be of interest to Avon and Somerset Police you can click on this link below, where you will be able to upload your footage:

A new bill has been proposed to help with policing powers during protests.
Peaceful protest at the University of Warwick over the safety of women on campus