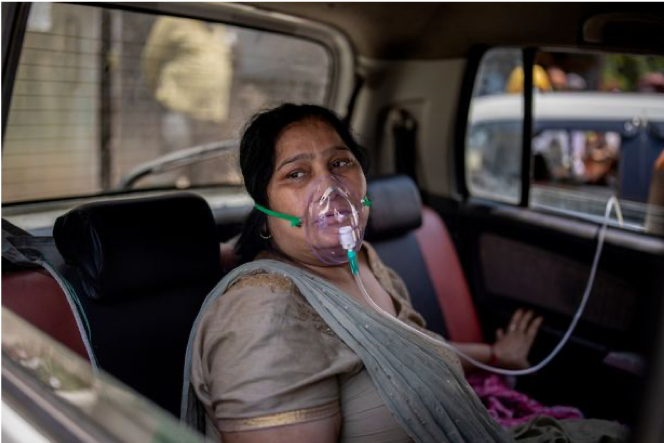 Many are sending supplies to India to help with Covid crisis.

India is in a Covid crisis as cases continue to surge and the country now reporting more than 200,000 deaths.

Experts believe the true number could be much higher.

The country is having the worst second wave of the virus since the pandemic started, as it has had the most Covid cases in the last week compared to any other country around the world.

In the past 24 hours there has been a report of 3,293 deaths in India due to the virus. Oxygen supplies are still running low after a week with no improvement and the hospitals are starting to feel the strain as many people have died waiting for beds and oxygen.

Health Secretary Matt Hancock confirmed that, “vital supplies from the UK are arriving in India. We’re working with our Indian friends in these tough times”.

New Zealand also stated that they are helping India by giving NZ$1m to the Red Cross for its help in India. Singapore have also done their bit to help by sending out two planes filled with oxygen tanks to West Bengal which should be received in the upcoming days.

US President Joe Biden also plans to send vaccines to help with the cases in India as only 1.6% of the population is full vaccinated.

However, experts have shared their concerns saying that the aid that is reaching India will only have a limited effect The Serum Institute of India who is the world’s biggest vaccine maker for Oxford-AstraZeneca locally says they will reduce the price of the vaccine for Indian states which will be effective instantly.

The CEO of Serum Institute of India Adar Poonawalla tweeted, “this will enable more vaccinations and save countless lives”.

Festivals Season: Will it Go Ahead?
Back to school! Attendance in schools is nearly back to normal.