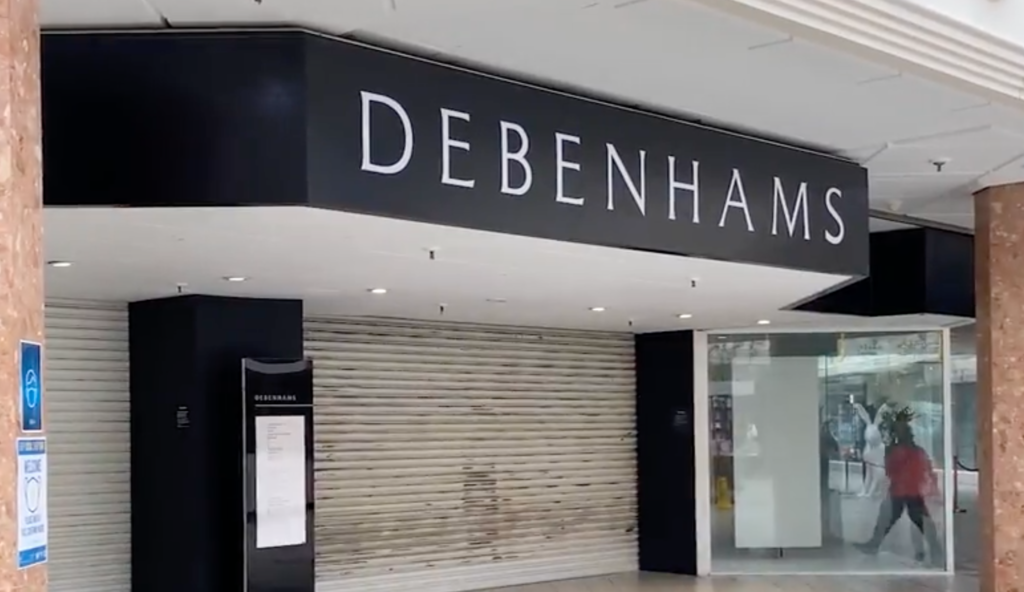 Since the pandemic hit the UK early last year, high street shops have struggled more than ever with giants, Topshop and Debenhams being forced to close their doors for good. Many high streets across Britain have been forced to close leaving hundreds of empty store plots and thousands of people being jobless. Unemployment rates devastatingly rose to 4.9% in the third lockdown, according to the Office of National Statistics. Debenhams has been forced to close all 124 stores nationwide, with the final few stores locking their doors up for good this weekend.  The company has been the backbone to high streets up and down the country for the past 242 years and unfortunately, the pandemic seems to have been the reason behind the closure due to the temporary closure of non-essential shops throughout the last year.

Sarah Doney, a lady in her 50s said, “I think there has been too much emphasis on online shopping and I understand the benefits of it, especially for the younger generation as they’ve been brought on technology, but the older generation and my age group, 50 plus, find it really stressful ordering online.” Online shopping rates have increased by nearly 40% according to the Office for National Statistics since the start of the pandemic, therefore jeopardising the economical flow for high streets and shopping centres across Britain. A seaside town, Southend-On-Sea, has seen their high street face a harsh decline in open stores and the leader of the Southend council described losing Debenhams as a “major blow” to the high street economy. A stall owner in Southend-On-Sea said, “it’s quite sad really when you think about it, there used to be loads of shops open all the time and there is nothing left basically.” With Debenhams now owned by online giant Boohoo, all remaining high street branches will close this week, perhaps never to return to British towns.

Continue Reading
You may also like...
Related Topics:#Debenhams #closing #Topshop

The economy has been decreased by 1.5% in 2021
Death toll rises in Israel-Gaza conflict