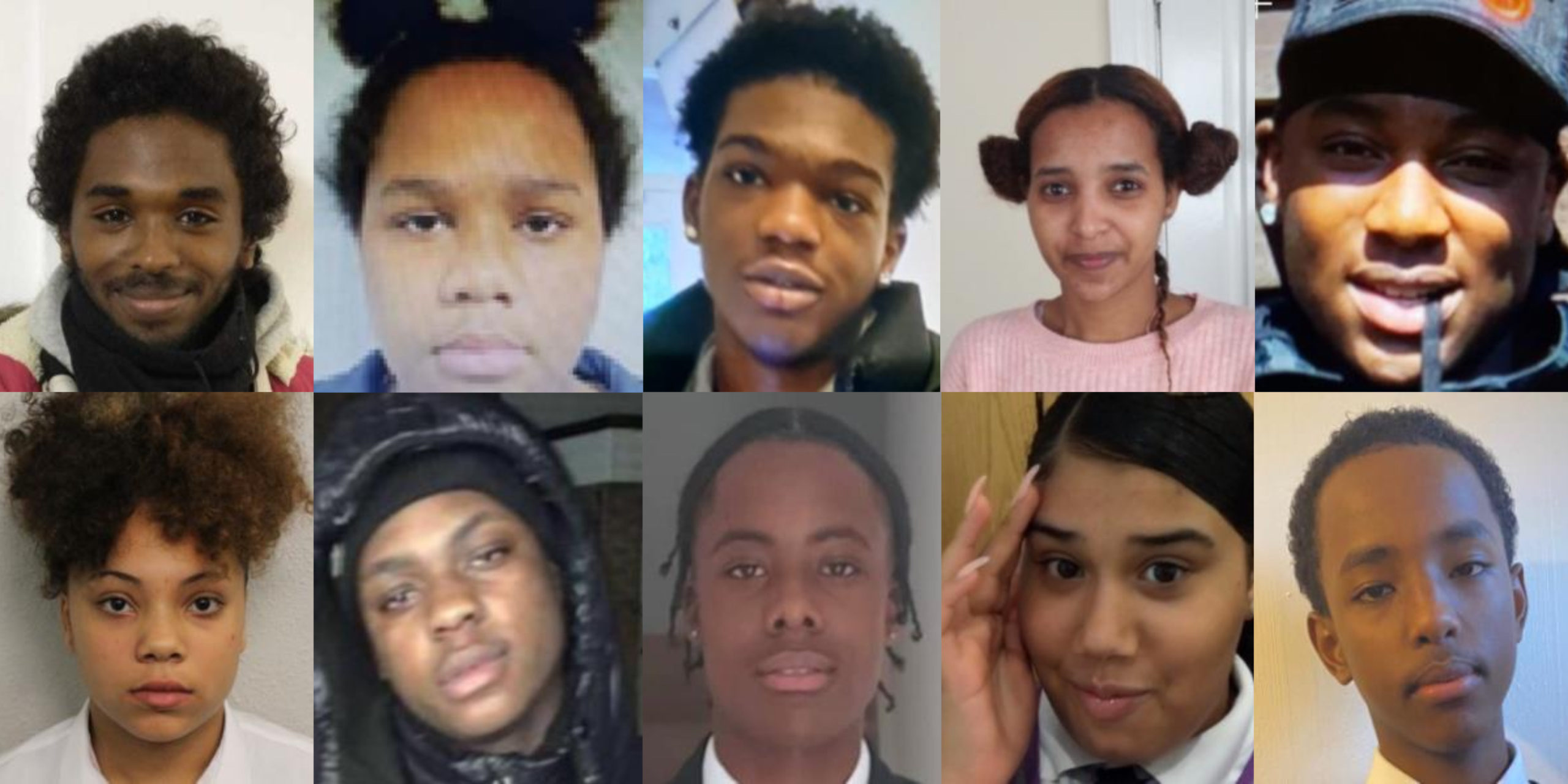 Black people are being reported missing in large numbers as many people argue that their cases are being ignored. Recent findings from the National Crime Agency have shown that Black people made up 14 per cent of missing people in England and Wales.

In recent years there has been a disproportionate increase in the number of missing Black people in Britain. People and campaigners alike are calling for more government action. Photo: A graph illustrating the missing children who were never found by race/gender. Credit: Journals.plos.org

A study conducted by The Opportunity Agendas found that; news coverage and other media depictions overwhelmingly depict Black males in violence, crime, and poverty and underreport significant facets of black males’ experiences, such as fatherhood, work and education.

The study also revealed that Black men lacked coverage on the systemic barriers which they face. According to the study, this could lead to negative attitudes toward Black men and boys.

Recently, however, many Twitter users have expressed their disappointment in the UK Media’s choice of coverage on missing people – with the Madeline McCann investigation resurfacing again after 13 years since she went missing.

If only this same energy was applied to all these missing black people atm https://t.co/HGhq5GB25x

A recent disappearance fueled concerns of missing Black people cases being handled more lightly than white ones. After Sarah Everard went missing at the beginning of March, having gone on a walk home in Clapham, south London, there was a huge outcry. Police issued an appeal immediately and a widespread search was launched. In response to this issue, a vigil was held on Clapham Common attended by Kate Middleton, the Duchess of Cambridge, and the home secretary, Priti Patel, and Prime Minister Boris Johnson both made statements.

However, campaigners claim the handling of the disappearances of Black people differs greatly from the treatment given to their non-ethnic majority counterparts. They believe that there has been comparatively less attention paid to many Black missing people’s cases but in particular the cases of Richard Okorogheye and Blessing Olusegun, whose family and public claim that the police forces have not been working diligently to solve the cases. A family support worker at a men’s prison in North London said that the families of missing Black people feel their lives are not given equal value to the lives of others. Sanaa Khan told JLDN News: “No one should feel that their life is less important than someone else, especially not when the reason is their race.”

“Many relatives of the men in this prison have had to deal with a missing family member, and some men themselves were once reported missing.”

According to the National Crime Agency, the UK Missing Persons Unit is working with academia in late 2020 to gain a greater understanding of the reasons behind the over-representation of minorities: “The work is expected to continue throughout 2021,” said the agency’s spokesman.

With influencer pages on social media raising awareness, as well as people volunteering to help out and raise money for charities to decrease the likeliness of missing Black people, others have taken their own initiative to advocate for change.

Black people make up 3% of the UK.

A rt would mean a lothttps://t.co/otnI470kjv#BlackTechTwitter

Nevertheless, campaigners like Dominic Norton continue to urge the public to actively strive to raise awareness on the lack of media coverage and government help towards missing Black people.