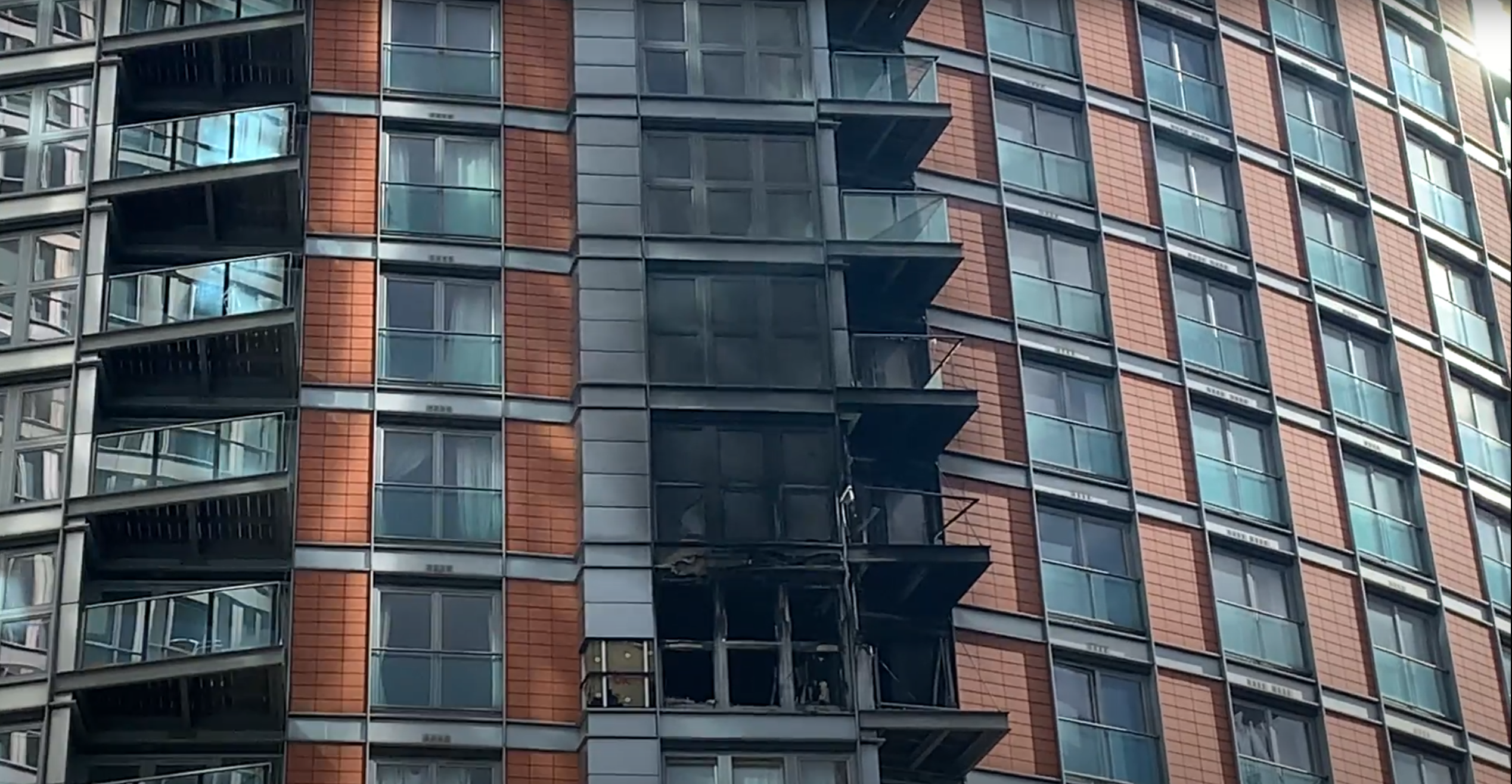 Protests broke out after cladding problems caused a fire

Protests break out after two men are hospitalized following a fire in a 19 storey tower block in Poplar, East London.

The fire broke out at 9 am last Friday, resulting in devastating damage to the central part of the tower block.

120 firefighters in 20 fire engines rushed to the scene, with the blaze still taking 3 hours to be fully extinguished. A number of images uploaded to Twitter showed thick, black smoke and flames engulfing the building.

People were quick to draw similarities to the Grenfell fire tragedy in 2017.

The fire sparked a number of protests after it was revealed that the cladding in the tower block was similar to the cladding used in Grenfell Tower, which had a devastating fire resulting in the deaths of over 70 people.

Over 160 people gathered in the Isle of Dogs with a number of people travelling from across the UK in order to join the protest. Police were present as protesters held up signs that read ‘enough is enough’. The main focus of the protest is to get landlords to replace unsafe cladding in tower blocks across the UK. Many protestors feel that little effort has been made to fireproof the nation’s residential towers.

The government has pledged to bring an end to unsafe cladding, with a multi-billion pound intervention to help property owners replace flammable materials.

Housing Secretary Robert Jedrick said, “This is a comprehensive plan to remove unsafe cladding, support leaseholders, restore confidence to this part of the housing market and ensure this situation never arises again.” It is unclear when this process will be fully completed, as a large number of flats are still evidently equipped with dangerous, flammable cladding.

The cladding crisis seems to be as prevalent as ever, with a number of communities still living in fear as a result of little intervention. The failure to replace the cladding in high rise buildings has been highlighted multiple times since the Grenfell fire. The government’s multi-billion pound plan is a sign of hope for a number of residents across The UK who have already lost so much.

Continue Reading
You may also like...
Related Topics:cladding, flats, Isle of Dogs, Protests