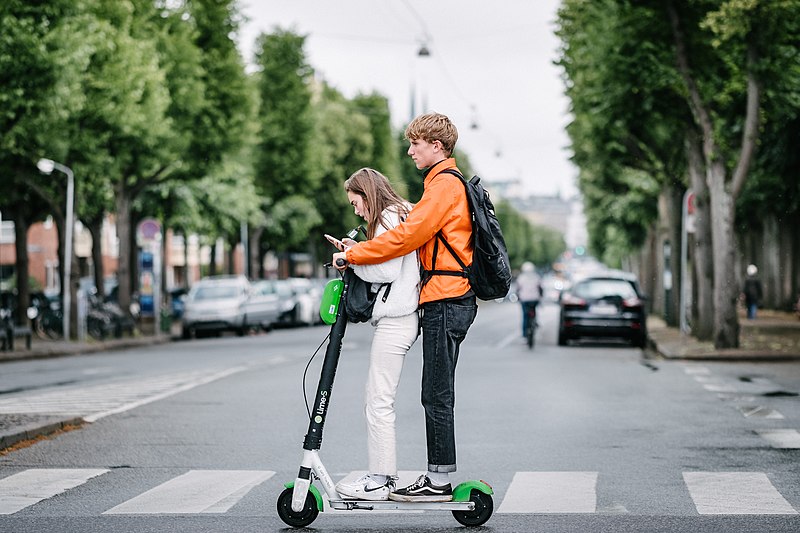 The government will begin trials in London, meaning electric scooters will be permitted for use on London roads from next month.

The sales of electric scooters have been rising across the UK especially during the summer months. However, you can only use them in certain places.

Halfords saw a 184% increase in these sales each year in November 2020 and 28% of e-scooter owners said they would consider swapping their car for an e-scooter to “benefit the environment.”

An electric scooter is lawfully classed as a motor vehicle, this is because they are powered by a motor.

Because of this law, you must be 18 or over to own and use an e-scooter. This trial is confirmed by Transport for London to be carried out over 12 months. The trial will include rental e-scooters, which can be used on roads and bike lanes in several boroughs from the 7th of June.

These scooters will be limited to a maximum speed of 12.5mph.

Figures reported by Sky News have shown that over 70 people were injured during the government’s e-scooter trials since last year.

Although rental e-scooters have been legalised, private owned e-scooters, which are available to buy online, are still illegal to be ridden on roads, bike lanes and pavements.

The trial will use ‘geo-fencing’ technology. This will ensure that the rental scooters are not used outside of their set boroughs and boundaries.

People who are breaching those rules can be fined a £300 fixed penalty notice, six points on their driving license or the scooter could be impounded.

Helen Sharp, TfL’s e-scooter trial lead, said “Safety remains our number one priority and we will work closely with the e-scooter operators, London Councils and the boroughs to ensure rigorous standards are consistently met”.

At the start of the trial up to 120 scooters will be available in each London borough and prices will be set by each operator.