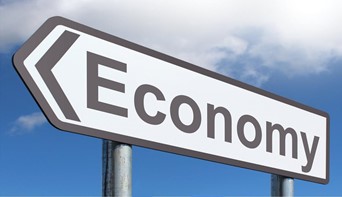 The UK economy shrunk by 1.5% form January to March 2021, but is now growing again as lockdown restrictions have began to ease. The shrink was expected by economists after it was caused by the third national lockdown in January.  After the reopening of schools and retail shops, the economy has now grown again, by 2.1% in March. This was due to an uplist in retail sales. This has been its fastest monthly grow since August 2020, meaning the economy was only 5.9% smaller than in February 2020 – pre-covid. Ruth Gregory, senior UK economist at Capital Economics said “The burst of growth in March shows that the recovery has been gathering momentum more quickly than we had thought.” This growth in economy shows an optimistic outlook for the summer ahead of us, where COVID-19 is predicted to be ceasing slowly over the upcoming year. Although it is growing, the economy is still 8.7% smaller than it was before the pandemic began. Chancellor Rishi Sunak told the BBC that the economy is showing “promising signs” and is “getting back on track.” Although it is starting to look up, there are still worries and concerns for long term damage to the economy. Head of economics at British Chambers of Commerce, Suren Thiru, told BBC: “The first quarter decline should be followed by a robust rebound in the second quarter as the effects of the release of pent-up demand, as restrictions ease and the strong vaccine rollout, are fully felt.” The Bank of England said it expected the UK economy to see its quickest growth in over 70 years once the restrictions are lifted. It is predicted that in 2022, the economy will rise from 5.75% to 7.25%. This suggests a rise of taxes from the government to pay for the funds that were committed to pandemic.

Sunak told the BBC that the government has invested “hundreds of millions of pounds” in order to help businesses adjust to newly introduced trading arrangements and to support them during this.

Under 40s will be given alternative to AZ vaccine
High street giant Debenhams, to close final stores this weekend