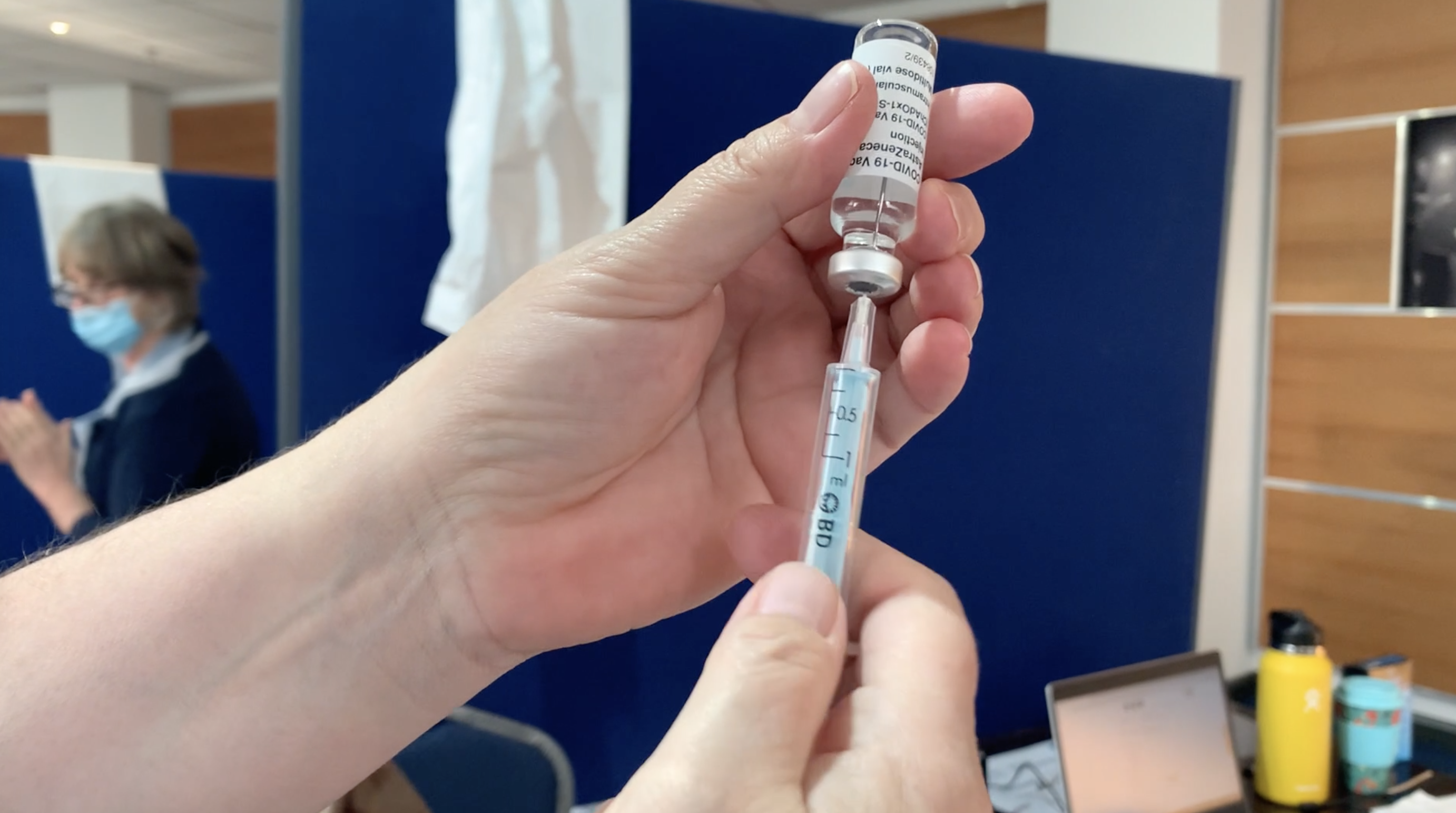 Hesitation for the Covid-19 AstraZeneca Vaccine

In just over one year Covid-19 has destroyed families, communities, and countries.

With the turn of the new year, everyone wanted this year to be a drastic change from the one before. AstraZeneca vaccination draw up ready to be administered. Nurse drawing up is Emma Edwards who works at the Plymouth Pavilions Vaccination Centre.

2021 bought the world the vaccination roll outs to help fight against this virus.

The start of the vaccination fear

However, In march  AstraZeneca began to steal the thunder over the hard work that scientists had done to make the vaccine to save lives.

This led to several countries in Europe to pause their roll out of the AstraZeneca vaccine.

This vaccine causing blood clots have an even smaller chance of happening than women who are on contraceptive methods such as ‘the pill’.

Pharmaceutical Technology estimated the risk of blood clots because of the vaccine being around 4 in a million.

Whereas the Food and Drug Administration (FDA) found that the number of women who develop a blood clot as a result of birth control could be around 3 to 9 women in 10,000.

There is a drastic difference in the statistics, yet the attention to the side effects to the jab was uncontrollable and led to people being hesitant to receive their vaccine.

Dr Amanda Harry is the co-organiser of the Plymouth Pavilions Vaccination centre and GP at West Hoe Surgery in Plymouth.

During an interview with JLDN she said, “We are now entering a group of people who are younger and who are less likely to take up the offers, because it’s publicised, and it is on the news all the time people feel it is a lot more common”.

Audio clip from the JLDN interview with Dr Amanda Harry

However, as the offer for the vaccine is released to people younger and younger the argument for the urgency for them to get the vaccine.

Dr Harry continued to say, “These are a group of people [people aged 30 and under] who are less likely to be admitted to hospital, so the pressures should stay low as the vaccine roll out continues”.

According to the government’s coronavirus data, more than 60 million vaccinations have been given.

An estimated 33 million vaccines of AstraZeneca have been given.

According to Britain’s Medicines and Healthcare Products Regulatory Agency (MHRA) as of 12th May 262 people suffered from blood clots due to low platelet counts. Nurses consulting patients about the vaccination and answering any queries they have to the AstraZeneca vaccine, at the Plymouth Pavilions Vaccination Centre.

The rarity of this occurring is only cemented by the percentage being 0.000794%.

The vaccination take up has seen a decline since the coverage of the rare side effects of blood clots occurring.

David Tunbridge, a 22-year-old student told JLDN, “The information about clotting doesn’t put me off the vaccine. I don’t like the idea of vaccine passports controlling what you can or cannot do”.

With more young people being concerned about not being allowed into a pub or on holiday without the vaccine passport.

The feelings of vaccine hesitancy might show a different side as the country opens more as we gradually leave lockdown.

But without the vaccine, it is unsure whether life can recline back to the normality we were used to before 2020 hit.

Continue Reading
You may also like...
Related Topics:AstraZeneca, Coronavirus, Hesitation, Under 30s, vaccine