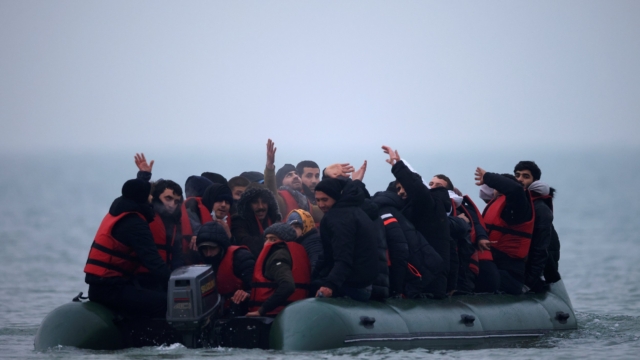 At least 27 people have tragically died in the Channel

In all, 27 people drowned in the English Channel, a record number. Among them were 17 men, seven women – one of whom was pregnant – and three children. According to Gerald Darmanin, the French interior minister, regional prosecutors have opened an investigation into an aggravated manslaughter. The victims were mostly Kurdish immigrants, mostly from Iran and Iraq. In a statement to MPs today, HomeSecretary Sajid Javid said the UK offers to send more police to the area to deter illegal crossings.

Speaking to reporters at Downing Street, Boris Johnson said: “I just want to say that I’m shocked and appalled and deeply saddened by the loss of life at sea in the Channel.

Olivia Blake MP tweets ‘at least 27 people have tragically died in the channel but in her statement today and the #AntiRefugeeBill the Home Secretary doubled down on the approach that led to their deaths.

Two survivors are critically ill in French hospitals after suffering from severe hypothermia, according to a report broadcast by RTL radio. One is Iraqi, and the other is Somali.

Both countries had accepted that further collaboration between the two governments is needed in order to tackle people smuggling, Mr Darmanin told the reporter.

Mrs Patel told Parliament ‘while the drownings were a “dreadful shock”, they were not a surprise – describing the crossings as “absolutely unnecessary”.

In addition, he said France would ask the British for “extra help”. Migrants in France are allowed to stay in France, but they want to reach the UK. In this radio interview, Charles Devos, volunteer for the French National Sea Rescue organisation SNSM, explained that his crew and he recovered six bodies floating in the ocean.

“We passed next to an inflatable boat that was completely deflated. What little air remained was keeping it afloat. I don’t know if there were children, but we picked up the body of a pregnant woman and a young man who was around 18 or 20,” he said.