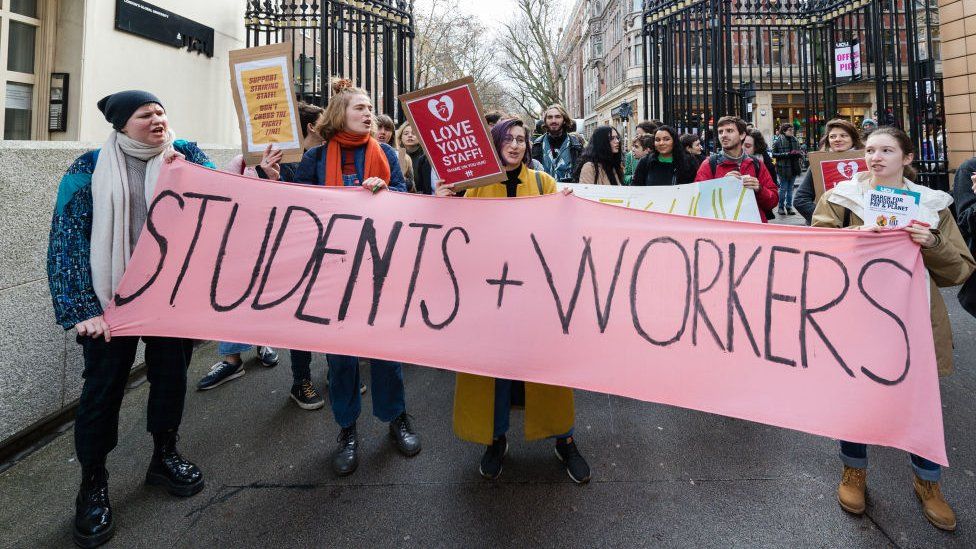 University strikes: Which universities are affected?

Staff at 68 different universities across the UK are taking part in a series of strikes.

Some universities are striking over conditions and pay, others over pensions, but the majority are taking action against both.

The University and College Union (UCU), which represents institutions and staff, is demanding a £2500 pay increase for members, action against “unmanageable workloads” and “pay injustice” with an end to zero-hour work contracts.

The dispute over pensions has been ongoing for over a decade, but has resurfaced after a valuation of a pension scheme used by academic scheme – the Universities Superannuation Scheme (USS), where they said that the scheme was “flawed” because it took place at the beginning of the pandemic “when global markets were crashing”.

A strike over pensions will take place from the 14th to 18th of February at 44 different institutions.

There is currently a walk-out on February 21st and 22nd at 68 institutions over pensions, pay and working conditions.

From 28th February to 2nd March, 63 institutions will be involved and the final day will see a student strike, organised by the National Union of Students.

It is unclear as to how these strikes will affect students but the Union is saying that more than a million students may be affected, however most universities have told their students to attend class as usual.

Universities striking over both pay and pensions:

Universities striking over pensions only:

Universities striking over pay only:

Continue Reading
You may also like...
Related Topics:Featured, new