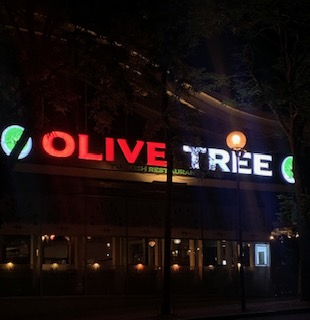 Young women in Milton Keynes have come forward to expose a restaurant bar for inappropriate conduct and lack of pay.

Marhabar, Olive Tree Mk and Olive Tree Towcester have recently come under fire on social media over these allegations. Multiple victims have come forward to make claims of sexual misconduct, homophobia and insufficient wages whilst working for this company. One victim took to Instagram with a post detailing her colleagues experience with the company, claiming that the owners and managers have sexually assaulted the workers there. The workers have allegedly been ‘grabbed, forced to (or tried to get forced) to do things with the managers’. There is also claims that the restaurant bar allowed underage girls’ to come in and the managers allegedly ‘get them drunk, and then take them upstairs’. It has also been claimed that someone was ‘kicked on for being gay.’ This post by the women’s colleague is said to be from 2019.

The Instagram post also contains details of how managers would allegedly ‘refuse’ to pay the women their wages or ‘pay the legal wage’. Some were even offered money in return for sex. Other previous workers have taken to Facebook to share their stories of working for the company. One victim wrote that that she saw how ‘young girls are exploited in the work place’ and that other workers such as the chefs would “only hold (her) by the hips.” Olive Tree has made a post on 18th May to Instagram and Facebook saying that Marhabar and Olive Tree Towcester  ‘(are) no longer part of the Olive Tree MK family’ and have been taken over by new owners. They have not yet addressed the allegations on social media.

Thames Valley police are aware of the situation at Marhabar, and have asked for anyone with information about the event to report to 101 saying that ‘the more information the police have to support their investigation the better’. Witnesses or victims have been told to email a witness statement to Michael.edmonds@thamesvalleypolice.co.uk.

More in Food and drink

The Elizabeth Line Explained: What will London’s newest transport connection change for you?
Nope – The London Premiere