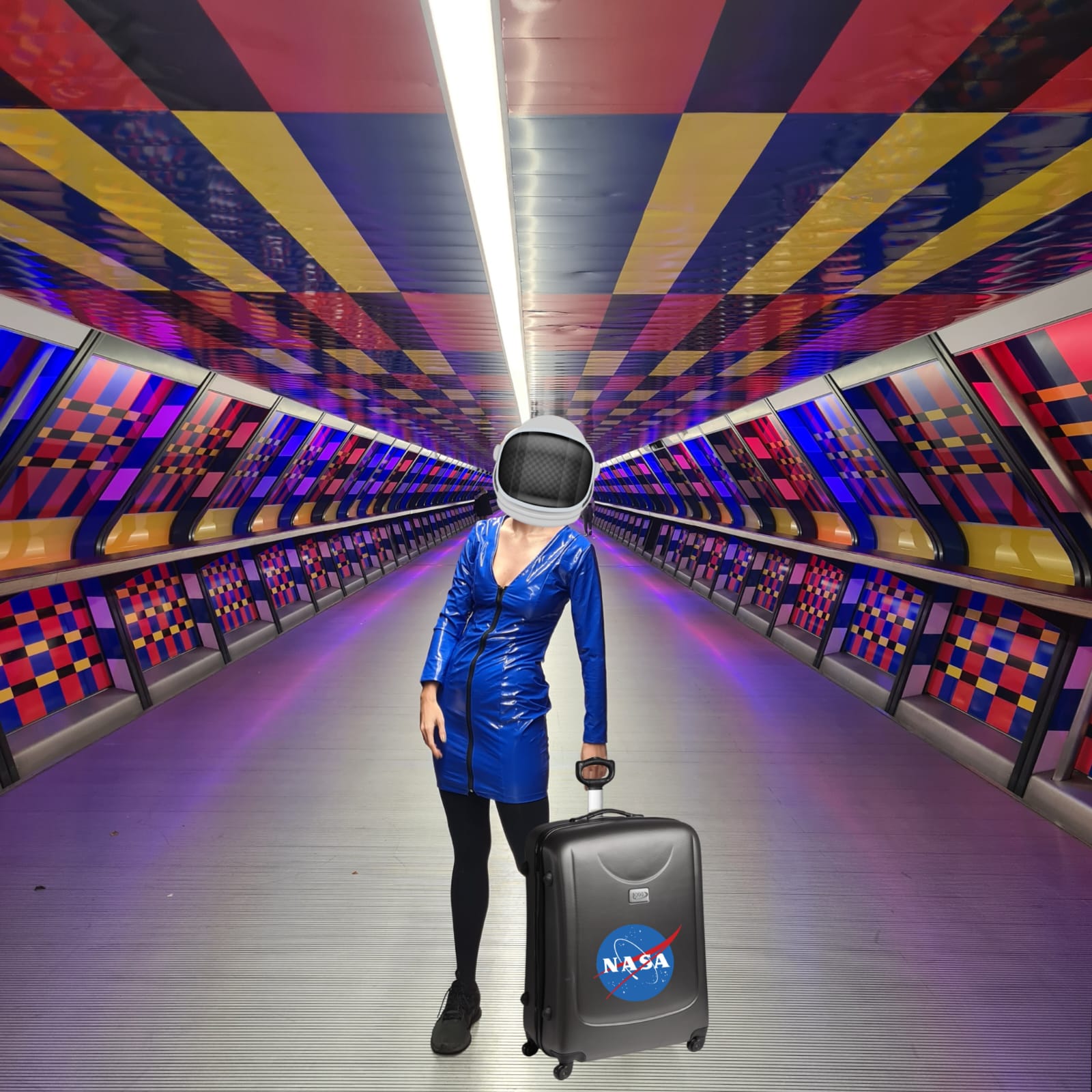 ’’Hey love, wanna grab a shuttle on the weekend and hang out somewhere in space, say on the HEO* maybe? Don’t worry if you can’t. Dan and I are going to the Moon for all inclo holi next week anyway.’’ As much as this may sound fictional today,  secretly most of us have thought about how would space travel for commercial purposes play out. Could a short break on Mars with family and friends be a normal activity in the nearest future rather than a fantasy? Space tourism is the new trend that is widely observed but unlike fashion for example it remains unavailable to the masses. Yet.

Blue Origin, SpaceX, Virgin Galactic and Axiom Space are the companies that are on a mission to bring people to space and cultivate space tourism. They are pioneers of space tourism. Until recent mostly professional astronauts from NASA or Roscosmos, or a handful of other government organisations, accessed outer space, which is their daily job and a mission simultaneously. 2001 Dennis Tito opened a new movement of wealthy space enthusiasts flying to space. Elon Musk’s SpaceX took it one step closer to humanity and combined billionaires’ possibilities with a good gesture for ordinary people. 2021 a collaboration between billionaire Jared Isaacman and SpaceEx created a first-time all-civilian space flight experience Inspiration4 letting them become cosmos tourists for three days.

Being a space tourist sounds exciting and unknown. But what about living among the stars? The International Space Station (ISS) has been the only building in space until recently that allowed people to live and work up there for now. Equipped with basic conditions and limited space for living, the ISS is supposed to get decommissioned by 2030. De-orbiting the ISS has many reasons, such as ageing technology leading to safety concerns and also increasing high costs to keep it operational in orbit. This currently raises opportunities for space companies to offer their ideas, products and solutions for a more affordable version of space living. Whilst Elon Musk is aiming for Mars, others are reaching for life the Moon, or enabling solutions to habitat space.

’’Short breaks to the Moon are most likely to happen in the near future, rather than to Mars, as translating to the former takes about three earth days, while to the latter takes about seven months.’’

ThinkOrbital is amongst those startups that have presented a new idea about space tourism and space living. Their offer includes what ISS has been lacking: a high volume, self-building space station. The plan is to launch a flat-packed space platform, that can be fabricated in space, offering space for diverse business use cases. A hotel room, recording studio or just a space escape for retreats are few of many versatile ideas that are on offer.


JLDN: What is your mission in space?
Sebastian: Accelerate humanity’s access to space, for the benefit of all living things.

JLDN: Why do you think we need to cultivate space tourism?
Sebastian: Space tourism is one of many business models that has enough market demand to support our mission.

JLDN: Do you think space is for everyone?
Sebastian: I surely wish so, but this means we need to bring costs down dramatically. First flights were only for a handful of super-wealthy people, now almost everyone can buy a flight ticket. This is the kind of evolution we need for space. Technology and innovation play a key role to enable it.

JLDN: Will your station have gravity? Is this even possible?
Sebastian: Eventually, yes. It is the only way to ensure long term human-led missions in space, without irreversible health impacts. It is possible, however, it requires to further mature the undermining technology to make it happen.

JLDN: What is the realistic destination in the nearest future?
Sebastian: Short breaks to the moon are most likely to happen in the near future, rather than to Mars, as translating to the former takes about three earth days, while to the latter takes about seven months

Whenever we travel we want to feel good and look good. For those who keep their cosmetics at high importance Japanese skincare company, Pola Orbis in collaboration with ANA can bring solutions whilst on a trip to Mars. 2020 this duo has announced their future plans about creating space cosmetics for life in microgravity.

Food in space? In his book ’’How to become a space tourist,’’ Boris Otter and Swiss Space tourism offers an opportunity to experience real space food whilst being on earth. Omelet with chicken pate, honey bread or curd with nuts? It seems humans can start preparing themselves in many ways for space tourism whilst still being on earth. Or in other words: ‘’Space, we are coming!’’