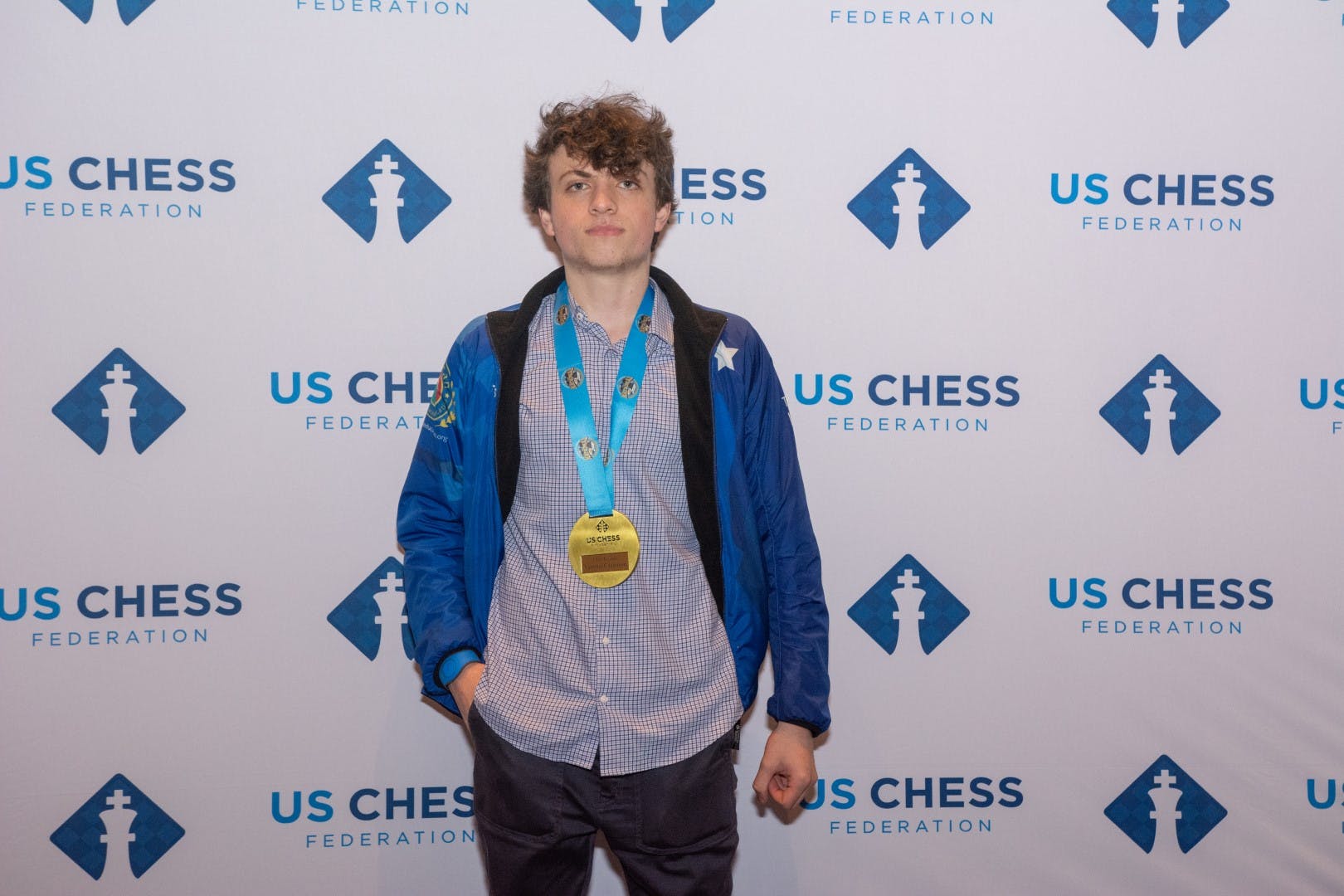 An investigation conducted by chess.com found that chess grandamaster Hans Niemann cheated in online games much more than he admitted. He has been previously accused of cheating by World Champion Magnus Carlsen.

The report measured the years 2015 to 2020 and suggests that Niemann cheated in online games at least until he was 17.

There is no clear evidence Niemann cheated in classical games over the board.

The report addressed the fact that he is the fastest rising player in the modern history of classical chess. Niemann´s growth to one of the world´s best chess players may be suspicious.

When considering all of the known classical games played from age 11-19 he had the fastest and greatest increase in his score in comparison to other notable players. The graphic shows Hans Niemann´s progress in classical chess compared to other players in modern chess. (By chess.com)

There are thirteen players under 25 years old currently ranked in the world´s top 50 and Niemann is the only one who became grandmaster as late as 17. Most great chess players become grandmasters before they turn 15.

The investigation will continue as chess.com will cooperate with The International Chess Federation (FIDE).

19-year-old Niemann claims he has never cheated in a classical over-the-board game. He offered to play naked in order to prove his innocence.

“Do any fair play checking you want, I don’t care because I know that I’m clean,” he said during an interview with chess commentator Alejandro Ramirez.

Niemann has admitted he cheated during online chess in the past. He said it twice – as 12 and 16 years old.

Cheating in classical games can be done in through technology giving player a computer assistance suggesting the best moves. This can be realized in several ways – from Bluetooth devices sewn into clothing, to earplugs, wired collaborator in sight lines, vibrating orifice-residing beads and more.

Hans Niemann was accused of cheating by the World Champion Magnus Carlsen.

Carlsen resigned from the Sinquefield Cup after losing to Niemann on the 4 September. Niemann beat one of the best chess players ever with black pieces, which is a disadvantage.

After his resignation, he tweeted the video with football coach José Mourinho saying: “If I speak, I am in big trouble.”

Chess.com privately removed Niemann from the website and from the Global Chess Championship. The player himself made it public.

On September 27, Carlsen released a statement, openly saying he believes “Niemann has cheated more – and more recently – than he has publicly admitted.”

“I had the impression that he wasn´t tense or even fully concentrating on the game in critical positions while outplaying me as black in a way I think only a handful of players can do,” World Champion wrote on Twitter.

My statement regarding the last few weeks. pic.twitter.com/KY34DbcjLo

The report has found no evidence Niemann cheated during the Sinquefield Cup against Magnus Carlsen.

The reactions to the report vary. Chess grandmaster Jonathan Rowson tweets he thinks it is marketing. He writes there is “No evidence of over-the-board cheating at all, and their attempt to whip it up is embarrassing.”

2. No evidence of OTB cheating at all, and their attempt to whip it up is embarrassing.

3. It challenges Hans's version of prior cheating, but mostly w' online blitz games in 2020, and reasonable doubt.#chessdrama https://t.co/Ehc3vuM0Iu

A historian and author Olimpiu Di Luppi has his take on the situation:

“If “cheating in chess is rare, preventable, and much less pervasive than is currently being portrayed in the media,” as the recent chess.com report claims, then it can’t possibly be “an existential threat to the game,” as Magnus Carlsen said.”

On the other hand, Singaporian grandmaster Kevin Goh Wei Ming says: “Highly unlikely that there would be concrete evidence for over-the-board cheating but I would certainly feel very uncomfortable playing someone in an over-the-board tournament knowing these numbers.”

American Hikaru Nakamura said: “It’s extremely clear from this letter (Carlsen´s statement) that Magnus has something, who knows what he has, but in order for him to release it I am guessing Hans has to say ‘I won’t sue you’ or do anything of that nature,” Nakamura said on his stream.

Niemann said he is not going to let chess.com, Magnus Carlsen, and Hikaru Nakamura slander his reputation.