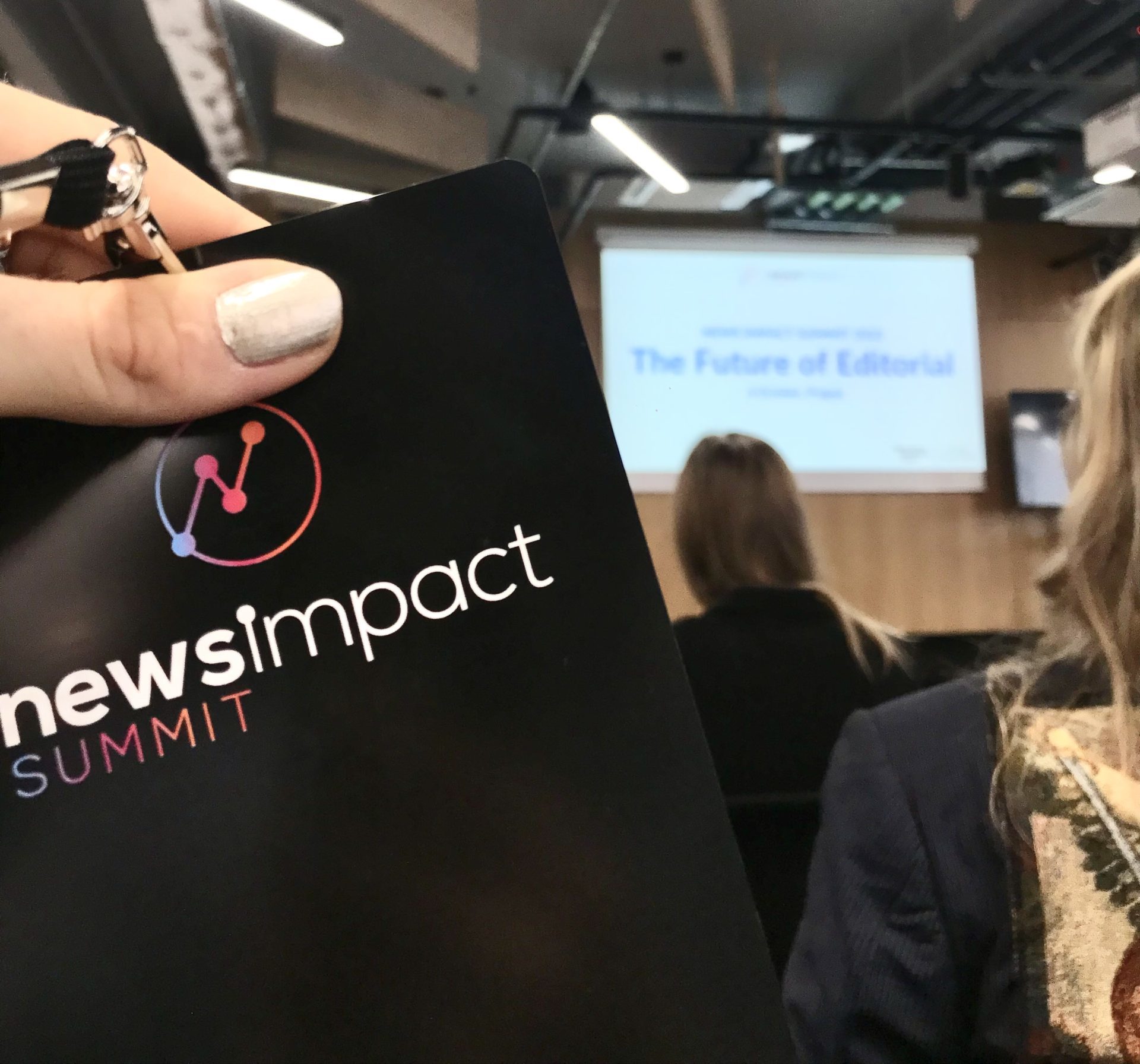 Held at the Hub Hub Palác in the city centre, the host speakers discussed the Future of Editorial in person after being online for two years due to the Covid-19 pandemic. European Journalism Centre (EJC) alongside Google News Initiative prepared a tight schedule of aspiring talks, workshops, and panel debates where host speakers from around the world discussed innovation and new forms of storytelling, including the usage of open-source information, building the audience’s trust, and the advantage of using social media platforms for news production.

Kicking off at 9 am promptly, the EJC welcomed their guests with a quick morning refreshment followed by the first talk of the day by Mark Krutov for Radio Free Europe/Radio Liberty, discussing the coverage of the Ukraine war and verifying the open-source information. On a similar matter, Pavla Holcová for OCCRP & Investigace.cz presented her investigation into the hidden wealth of Russian oligarchs through Asset Tracker.

Twitch: from gaming to journalism

As the speakers were allocated only 15 minutes for their presentations, Emilio Doménech López replaced the first two hosts on stage shortly after. Most widely known as Nanisimo, the Spanish-born streamer for Newtral talked about social media and how platforms such as TikTok and Twitch are becoming increasingly important for news. 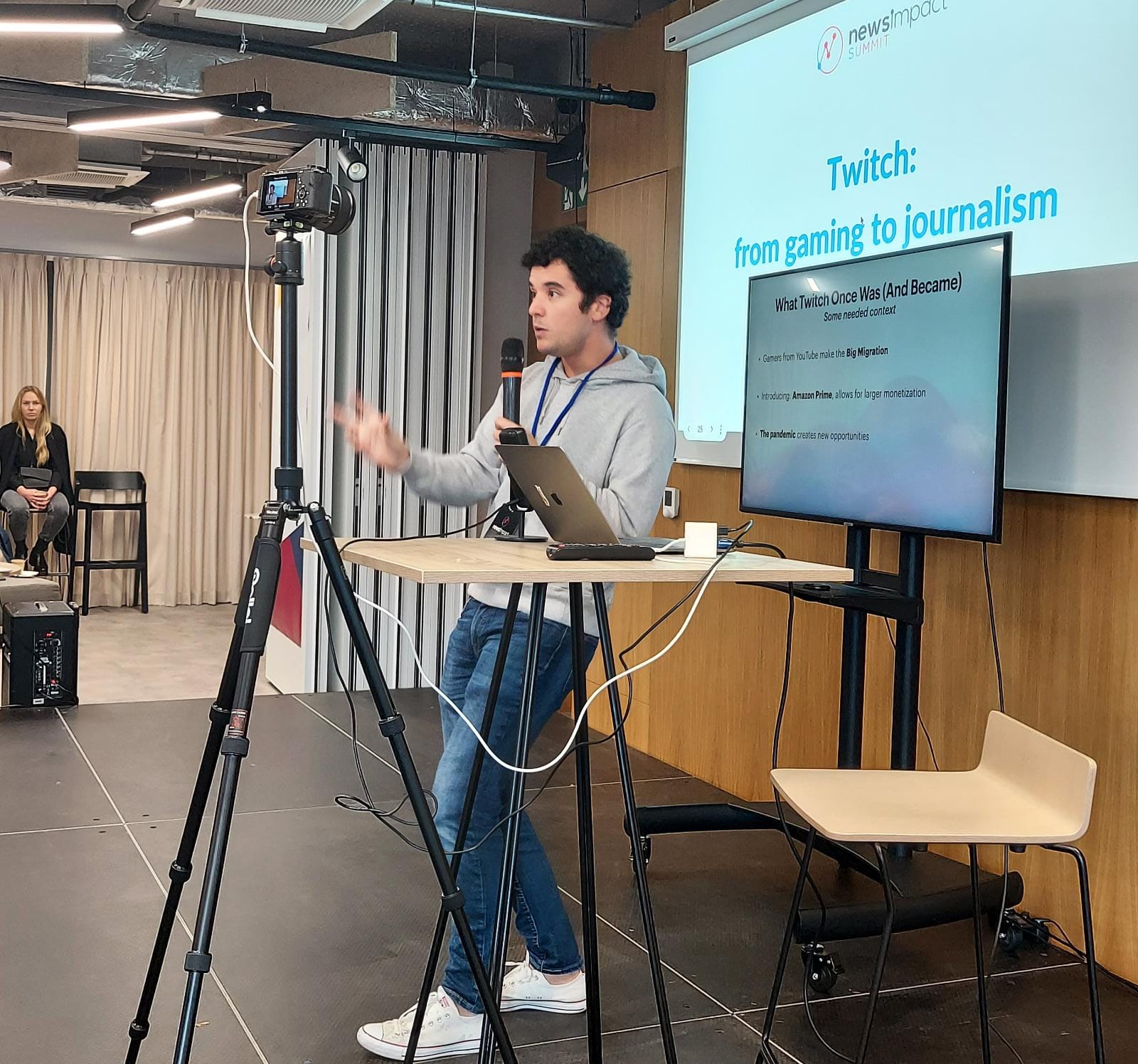 According to Lopéz, Twitch is an emerging news medium that allows “honesty of the reaction” and closer personal engagement with the audience. While streaming on Twitch every week, he interacts with his audience via live chat, discussing various topics such as the latest news, public affairs, entertainment and more.

In terms of getting around, he argued the platform makes it easier for journalists to share news as the work only requires a laptop, a microphone and a tripod when going live. In his opinion, Twitch also allows greater monetization when linked to an Amazon Prime account. As the popularity of social media is rising, Lopéz believes Twitch might become one of the easiest and most convenient ways of news reporting.

Examples of journalistic reporting that @Nanisimo did to build a community & monetise content on Twitch include George Floyd protests, Donald Trump & the stolen election, The Capitol attack and the war in Ukraine. #NISPRG pic.twitter.com/leYxOtiGxw

On a similar matter, Alastair Ferrans for Spotify Studios explained how news organisations should reach out to broader audiences on streaming platforms and keep them ‘hooked’ on the news. According to Ferrans, the global export routes of podcast production have significantly risen since 2014, claiming “70% of podcast consumption is local for shows categorised as Politics & Current Events”. As podcasts are increasing in popularity and importance more than ever, Ferrans explained how the rising demand for podcasting news could be solved creatively and more enjoyably. Introducing the concept of your Daily Drive, news podcasts are incorporated into music playlists so the audience can stay up to date while listening to their favourite songs.

Apart from social media, the News Impact Summit involved talks about topics such as the audience’s trust in the media, cyber activism, new ways of leadership, personalising the news coverage to the audience, working in small newsrooms, mobile journalism and more.

Localised content is key: 70% of podcast consumption is local for shows categorised as 'Politics and current affairs'.

Since 2014, the European Journalism Centre has organised 35th Summits including the latest event in Prague. The conferences have so far featured more than 400 speakers and attracted journalists and communication organisations in 27 cities in 18 countries across Europe and the Middle East. During the Covid-19 Pandemic in 2020 and 2021, the EJC organised five Summits online, exploring the industry shifts and changes that journalists have to face.

Second-year journalism student at LSBU. CZE raised, UK based. Surrounded by music and fashion since childhood, I've always been passionate about searching for news in the fashion and music industry, keeping up with the latest trends and sharing them with the world.