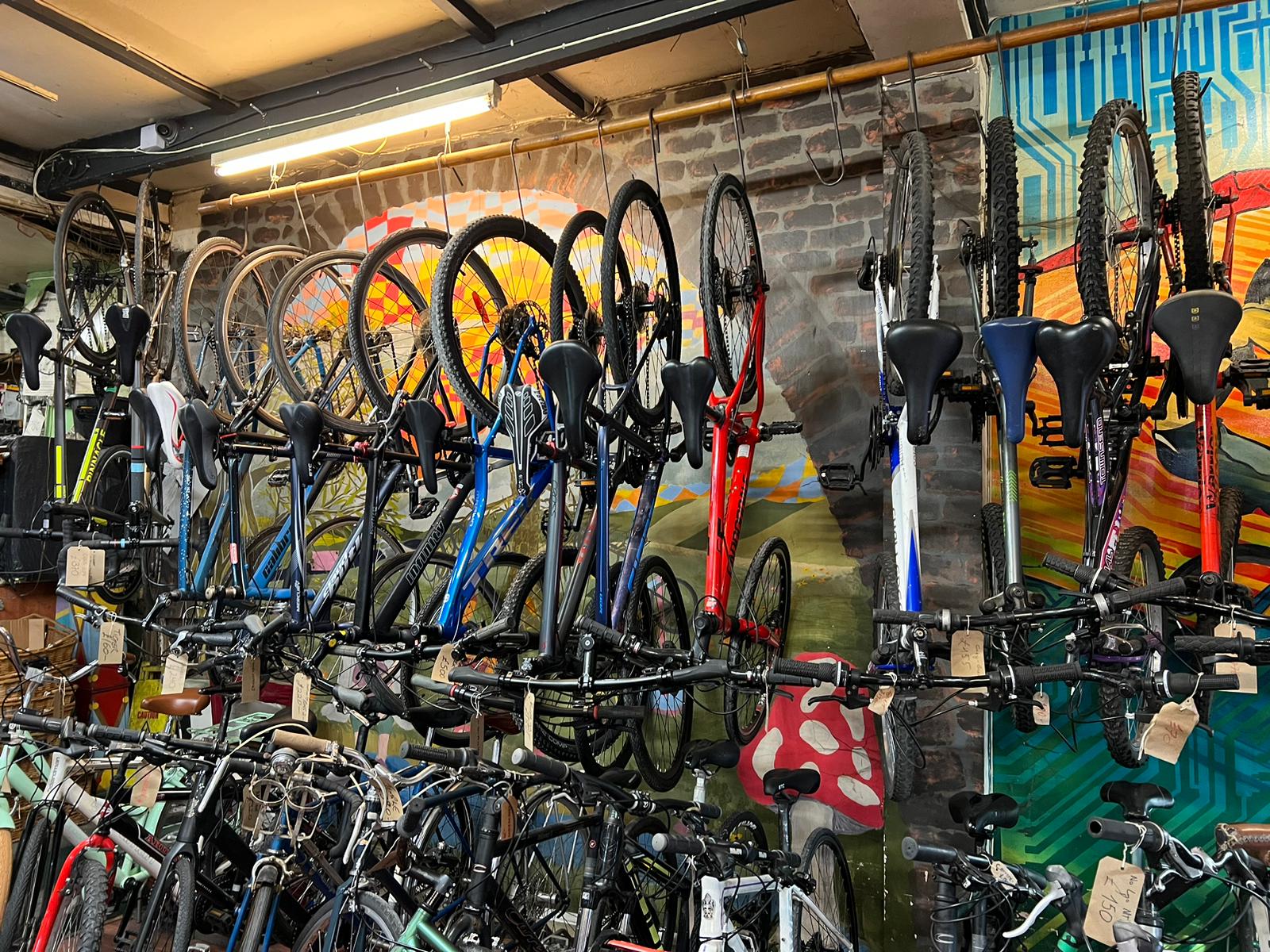 Recycling Elephant & Castle is a local bicycle store that has stood the stand of time in London. Whilst there are public bike stands on street corners, such as Lime and Santander, for casual cyclists, true cyclists know to have a local store handy.

Daniel, a worker there, said “People who are serious have a bicycle. It depends on what you want”. The shop hasn’t suffered much from these public bike stands, but Daniel believes it’s a “double edged sword”. Their most common customers are university students since the campuses of University of the Arts (UAL) and London South Bank University (LSBU) are nearby, so there is a constant base.

Daniel also argues that bikes are the best form of transport in London as they’re free. He rides a single speed road bike himself. He also prefers regular bikes “every day of the week and electric bikes are cheating.” This local shop is here to stay despite the construction in the area.