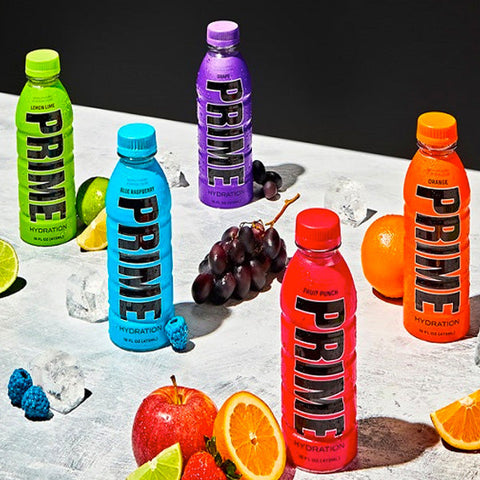 Last year, the social media influencers decided to leave their feud in the ring, to collaborate in partnership, resulting in the launch of beverage brand PRIME.

Earlier this year, supermarket giants ASDA and ALDI announced the roll out of the highly anticipated PRIME Hydration Energy Drink. However, they’re not the only ones that seems to be facilitating its roll out.

Mohammed Azar Nazir, a 42 years old newsagent from Wakefield, West Yorkshire, took advantage of the situation when it had emerged that he was defrauding the public in order to capitalise, by reselling the energy drink for a jaw dropping £100 a can, almost 51x the original retail price.

New revelations have also surfaced exposing the newsagent’s past as an ex-convict, with previous ties and involvement in the industrial supply and distribution of Class A drugs.

“In 2015, I was selling drugs. I was doing wrong. Me and Nathan Stokes got caught selling drugs. I made the biggest mistake of my life. I came out of prison 2019, and I’ve changed my life around. I have nothing to do with Class A drugs. I work hard for my money now.” Said Nazir in a now deleted TikTok post.

“Oh my God! Nooooo! He can’t keep getting away with this! STOP! Buying it at these prices.” Said KSI in a heated exchange on social media platform TikTok.

“This is totally PRIME extortion. Especially, in the times that we’ve just come through, and with everything going up on us, when so many has been out of work from COVID etc…” Said Community Advocate, Selassie De Coffee.

She continued: “Amongst the train strikes and war in Ukraine, advantage is still prevalent. It’s extortion and something should be done about it! We can’t afford it! My advice is take it to Trading Standards.”

Wakefield Wines was contacted for comment but declined to respond at this moment in time.