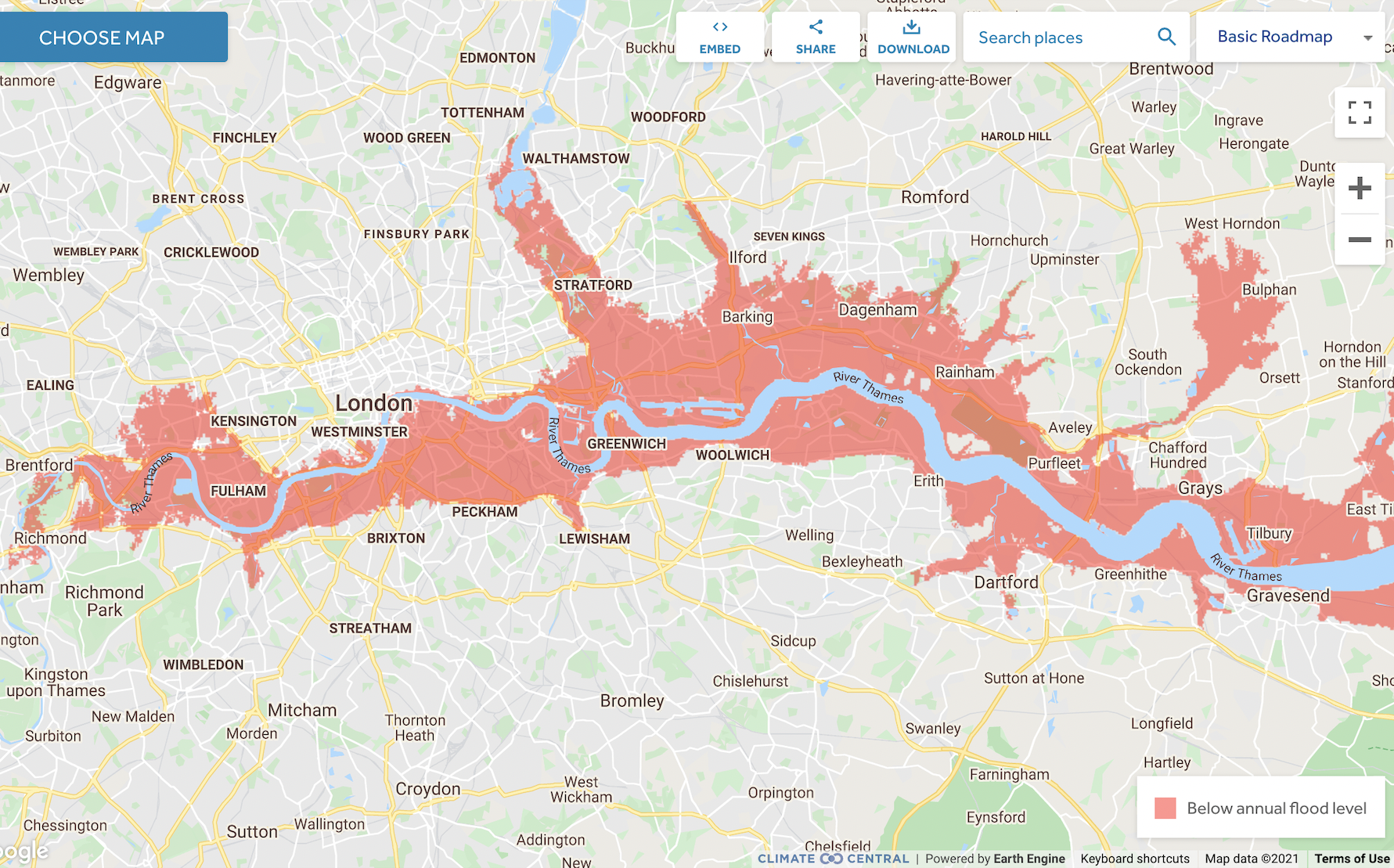 Climate change is an issue that the governments have been fighting for a while now, but are they really trying their best to prevent our planet from sinking? A group called “Climate Central” created a visual map that have a horror prediction about the London from 2031.

It is estimated that a lot of part from both banks of the river Thames will be under water in 10 years, due to alarming sea levels increased lately. As world leaders are discussing climate change issues at the cop conference in Glasgow, the map shows that all the central locations from Hampton Court Palace, all the way to Dartford are in danger of sinking. United Kingdom is predicted to be one the most affected countries hit by climate change because of the hit that London is likely to receive. We did send our team on Westminster Bridge to ask people that are working or living in the targeted areas, how they feel about this. “Sad, lots of my buildings and stuff will go underneath the water and I won’t be able to come to London anymore, to see it. My life will be affected quite a bit because I come here nearly everyday” – Teenager

“I’ll be clearly, it’s super concerning, not just London but everywhere that we live and work, so we need to do something about it now, right? I think it will totally ruin the economy. We would all have to think of different ways of working and the amount of loss of environment, real estate, places to live would be unbelievable, so it changes everything. My clients are here, my work is here, some of my family are here, so climate change is a real problem rather than a theoretical one, for everyone in London.” – Businessman

“I feel kind of sad that my daily life  will be affected by this change of the Thames. So it can affect my daily transportation life to go to school or other activities like that” – Young boy

Although it is still a prediction which may contain many errors, it does rise an alarm about how everybody’s life will be affected if we don’t do our best to stop global warming. It would require a general contribution from everybody, including big companies, factories and civilians. This problem was known for years, but action should be taken immediately in order to avoid the worst outcome, a climatic disaster.