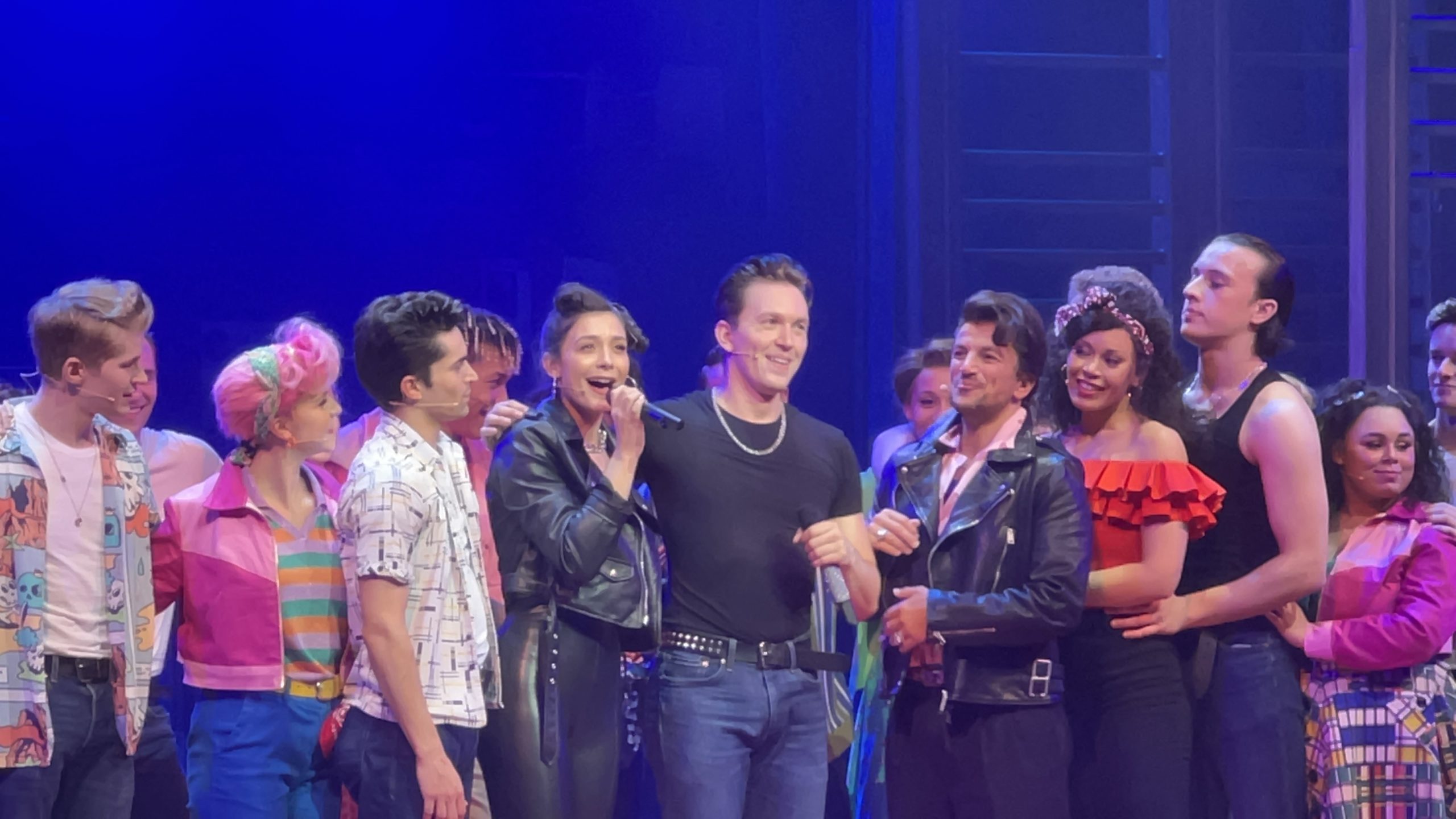 The West End is home again to Grease. Fifteen years after its original production-plus a massive 44-years-after the film- still delivering the hits from Greased Lightnin’ to  Hopelessly Devoted To You.

The new production attempts to modernise itself from the outdated film with the diverse cast that make up the Burger Palace boys (The T-birds) and Pink Ladies on stage. The love story of Danny Zuko (Dan Partridge) and Sandy (Olivia Moore) remains the same as John Travolta and Olivia Newton-John in the seventies film- although Sandy is brunette in this production.

Grease, which was originally a musical was before hitting the big screen, contains the classic lines and massive dance numbers to the hits. The audience is transported back to the old school days with at Rydell high.

Choreographer Dame Arlene Phillips spoke to The Daily Mail: ‘There is a lot of positivity in our production. Girls dance with girls, boys dance with boys. That’s one of the things.

Girls always did dance with girls in the 50s. They danced around their handbags. They didn’t have boys to dance with…

‘Our cast is very diverse in every way. And certainly our Sandy has her own inner strength, her own determination, her own intellect. Our females are empowered.”

Producers hit back at the racist comments received online about the casting, saying they are ‘extremely proud of the diversity of the cast”.

Speaking to the BBC, Almgill said “If your brain can stretch to a green ogre singing a love song [in Shrek], I surely hope it can stretch to black people being alive in the 50s.” The show comes to a finish with the cast- and audience- singing along to the show’s top tunes from ‘You’re the one that I want’ to the title song, ‘Grease’

Audience member Emily, wearing a pink ladies jacket, praised the joyous show. “it’s still good like this and the songs and cast, it’s wonderful and so nostalgic!” Critics had mixed reactions to the new show ranging from calling it ‘Charmless’ to ‘Refreshing‘.

Although the film’s iconic status, it is now is hit with backlash for being misogynistic. Recent viewers have slammed channels for showing the ‘outdated’ movie.

‘Especially For You’ singer, Jason Donovan will be joining the show as Teen Angel later on in the run.

Grease is now playing at the Dominion Theatre, London until 29 October