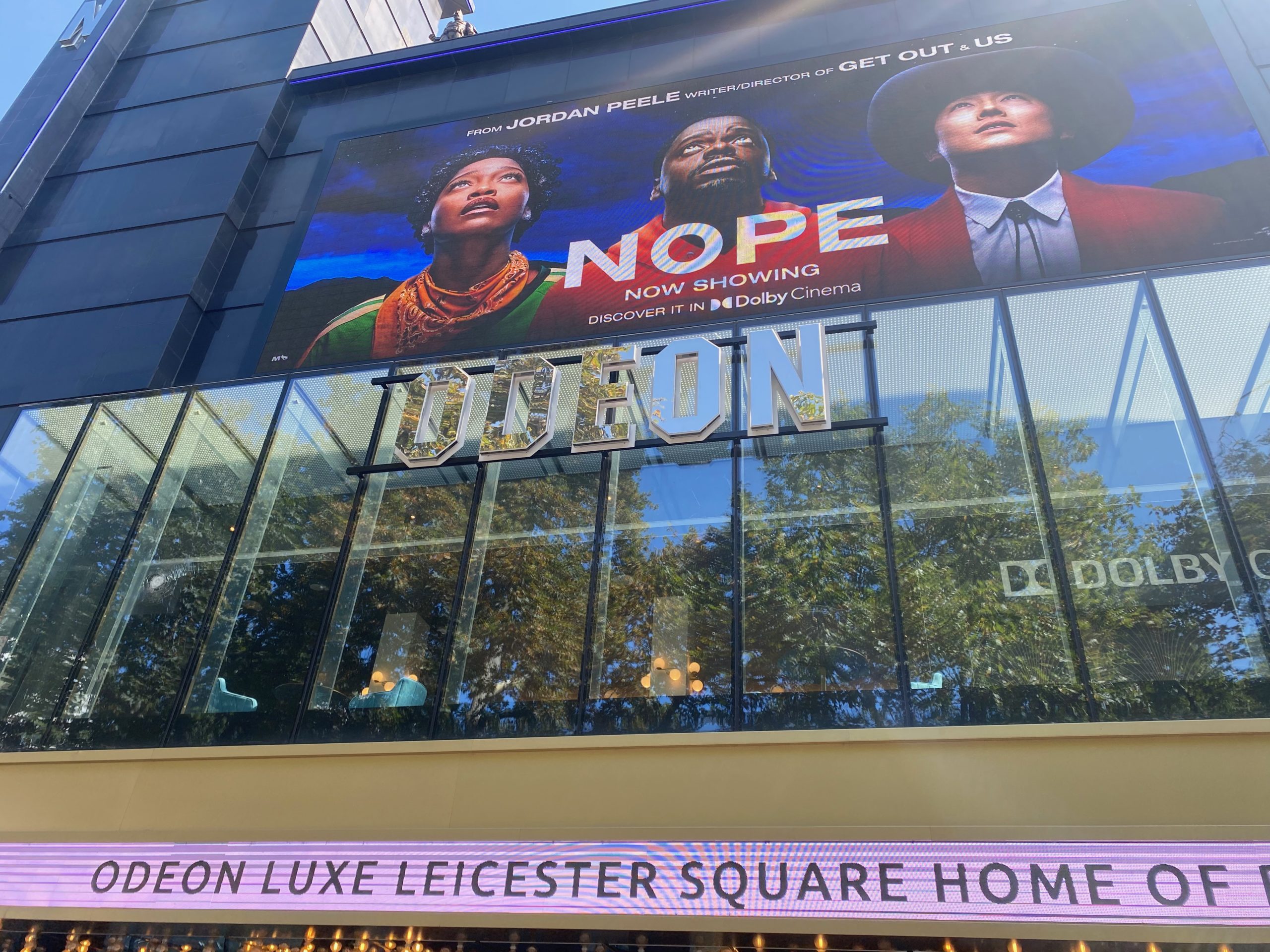 Have you been thinking of watching a horror film recently? Well, you’re just in luck, Jordan Peele the Oscar winning director of Get out and Us teamed up with producer Ian cooper to create a new jaw dropping horror premiering in Leister square Odeon this Friday the 22nd July.

Set in 80s Western California, Peele fuses farmers and UFOs in a modern Sci fi horror. The film features a range of brilliant actresses and actors such as Keke Palmer, Daniel Katuuya and Steven Yeun with the films budget costing up to $68 million, so don’t expect disappointment as critics have already claimed “it’s going to be Peele’s most divisive film.” Since its trailers release, twitter fans have been going wild for the premiere. Its trailer alone has received over 22 million views on Youtube and continues to be on the top of everyones watch list. With Mr Peele having already release two £100million box office films, it was no shock when Nope became his third on its first premiere in Los Angeles on July 18th creating history. Expectations have been set high seen as Mr peele has once again teamed up with partner Ian cooper, the producer of both Candyman and Us.

Although many have claimed that they feel the trailer may have given too much of the movie away, fans still stay optimistic for its trip to cinemas tomorrow night with Keke Palmer’s performance being said to have been the films best.

The talented actress told Entertainment weekly “I’m excited to just represent a really cool character that is not solely defined by their complexion. I think Jordan has done a great job in all his films of talking about something.” Shorty after explaining that the director offered her the role after face time call.

In an interview with Universal Pictures Panel, Peele stated “I love a rapt audience saying, ”Nope!’ or, ‘Get out the house!’ I love to encourage that interaction because that’s what’s giving the audience a unique experience.”

In film critic O. A Scott’s review in The New York Times, he describes Peele as “an artist with the freedom and confidence to do whatever he wants to, and one who knows how to challenge audiences without alienating them.”

So grab yourself a ticket and a bag of sweet and salty this weekend.