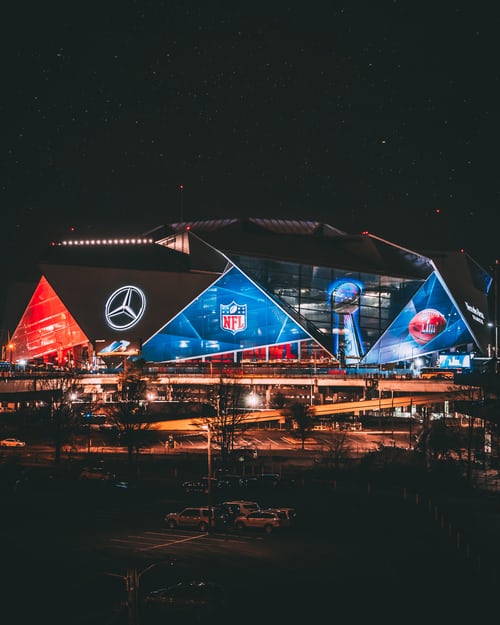 The Super Bowl Halftime made headlines when Eminem was seen taking one knee during his performance. The event took place at the SoFi Stadium Los Angeles where artists like Dr Dre, Snoop Dogg, Eminem alongside Mary J Blige and 50 Cent set the stage on fire with their amazing performance in a short time. The fans all over Twitter are praising the performance of the artist and saying how unexpectedly well it went. “You don’t know anything about music, LA and the meaning of having this show in LA. Y’all wanted all the flashy lights? Y’all can keep that, I’ll take the talent”. Mary J Blige was also praised by fans for her incredible performance for ‘Family Affair’ and ‘No More Drama’. Her melodies and song texture went amazingly well with the raps.

The artists played their well-known songs for their fans like ‘California Love’ by Dr Dre, ‘In Da Club’ by 50 Cent, ‘No more drama’ by Mary J Blige, ‘Alright’ by Kendrick Lamar and ending with ‘Lose Yourself’ by Eminem. As his performance of ‘Lose Yourself’ ended, Eminem took a knee and held his head in his hand in apparent tribute to former San Francisco 49ers quarterback Colin Kaepernick, who took a knee during the national anthem to protest police brutality during the 2016 season. It was also said that during the protest for George Floyd’s murder in 2020, NFL admitted that they did not listen to its player’s concern over racism in the USA. “We, the National Football League, admit we were wrong for not listening to NFL players earlier and encourage all to speak out and peacefully protest,” said NFL commissioner Roger Goodell in June 2020, without explicitly mentioning Kaepernick. “We, the National Football League, believe black lives matter.”

Kanye West made an appearance with his daughter North watching the Cincinnati Bengals take on the Los Angeles Rams in the climax of the 2021 NFL season. The rapper was filmed wearing a black mask while sitting with his daughter and Antonio Brown. The trio was unaware of their presence until they appeared on the big screen. Artists like Shawn Mendes and Niall Horan were also seen enjoying the performance by many fans.