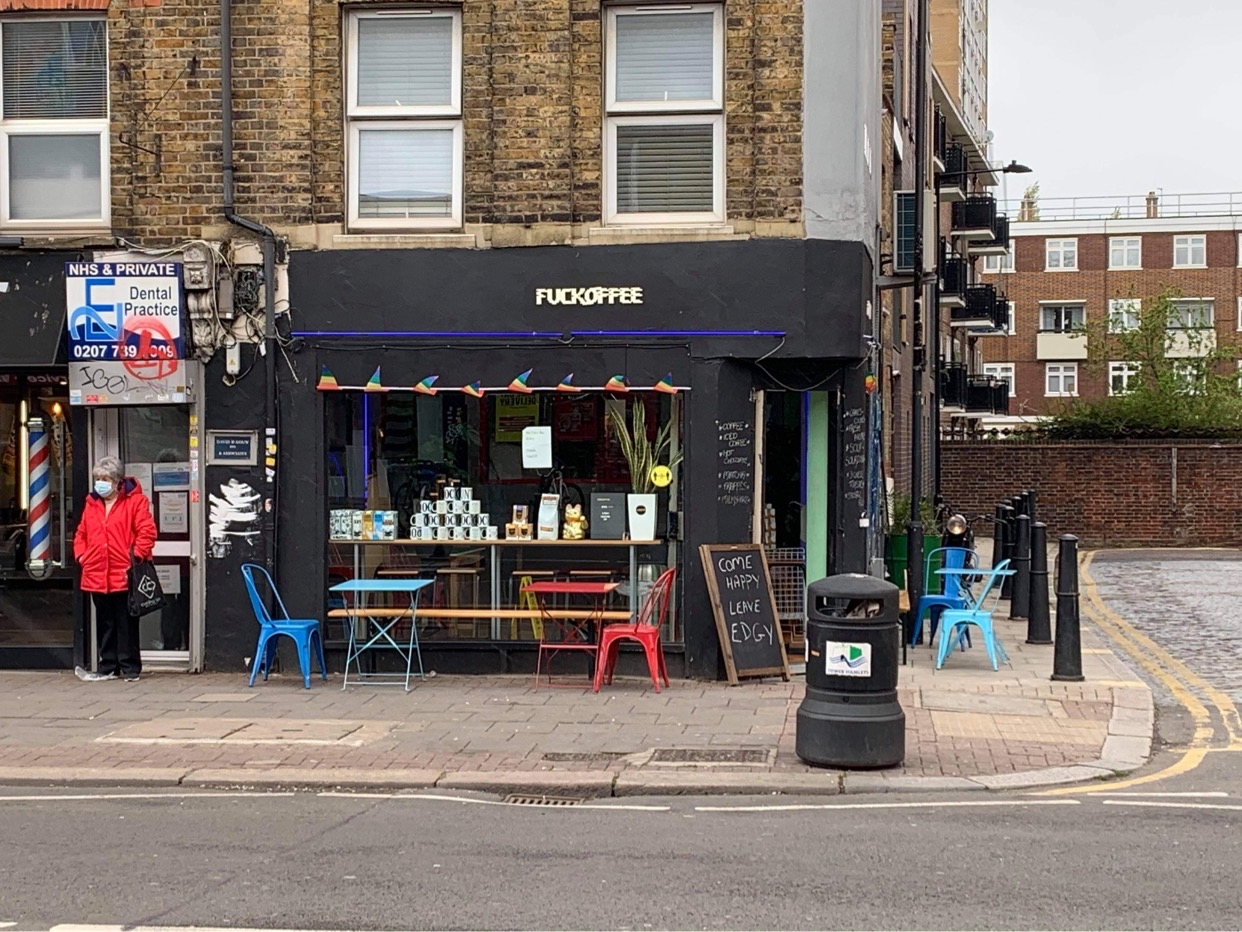 F*ckoffee, an East London coffee shop, has been recently accused of fatphobia.

The shop located on Bethnal Green Road displayed a sign on a bench that read “sorry no fatties”.

Dozens of people expressed their outrage online after Luisa-Christie, 31, shared pictures of the now-removed sign outside the cafe.

In a thread she wrote: “Hi @F*ckoffee_HQ wtf is this? Just got sent this by a friend & before you defend [it] as “dark humour” it’s not – it’s fatphobia.”

“If the bench isn’t strong to be sat on then don’t put it outside your coffee shop, or alternatively make it strong so anyone / multiple people can sit…”

Saliha Mahmood Ahmed, the winner of Masterchef UK 2017, responded to the original tweet and wrote: “Can non reiterate how damaging this is. Obesity is a highly complex, multi-faceted issue, fat-shaming is UNACCEPTABLE!”

However, others didn’t find the sign offensive. One Twitter user wrote: “I’m fat, I thought this was hilarious.”

The latest claim of discrimination follows a long list of alleged racist and misogynistic posts and comments by the company.

These include a sign outside the shop that read: ‘This is the longest that something made in China has ever lasted’.

Photo: The above image is a screenshot showing an image someone took of the sign outside the caffe.

The shop has continuously defended its posts as ‘jokes’.

However, it has apologised for some of its previous controversial signs and posts.

“As I’ve said before: some of these uptown coffee shops are, rightly, seen as hostile environments by Black people I know,” she wrote.

A former employee told the Metro: “There’s rainbow flags outside and inside the shop – it’s attractive for queer people but it’s a marketing thing.

“He [the owner] knows there are lots of queer people in east London. But the signs they have put up are very offensive.

Many people have criticised the company for being run by a cis-gender white male, whilst posting racist and inflammatory content online and in-store.

Continue Reading
You may also like...
Related Topics:coffee shop, discrimination