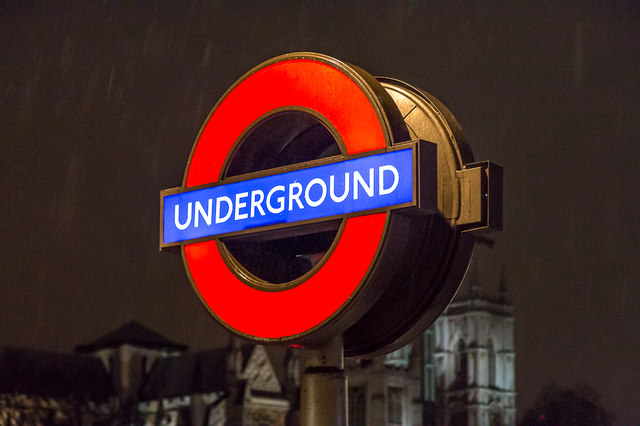 The RMT have today announced a months worth of strike action on five lines, disrupting the lead up to Christmas.

The RMT have today announced a months worth of strike action on five lines, disrupting the lead up to Christmas. The Night Tube was cut during the pandemic by TFL and is yet to return.

A strike has been announced by the largest transport union in the country – The RMT, that will commence on the 26th of November for 24 hours from 4:30AM until the following day at the same time on the Central, Jubilee, Piccadilly, Northern and Victoria lines. This means that the Night Tube, which was set to reopen on the 26th amidst complaints from Londoners in its absence, will be delayed for an even longer period. As well as this plans have now been put in place for a further 24 hour severance of Tube services on the 18th of December.

In addition to this, drivers on the Central and Victoria lines have been advised not to book for any duty every single weekend up until and including the 18th December for Night Tube services, completely scrapping the reintroduction for now. This is set to effect London’s shopping economy on the busiest weekends of the year in the lead up to Christmas, as well as London’s suffering night time economy, which still hasn’t recovered from the past 18 months of disruption as a result of the COVID pandemic and resulting lockdowns.

TFL has said there will be “severe disruption” to services during these strikes.

The RMT have released a statement, and figures at the union are angry over the imposition of new demands on staff just a couple of weeks before the planned reopening.

General Secretary Mick Lynch said: “We have made every effort in direct talks to resolve this dispute. But it is clear that LU (London Underground) bosses are driven solely by the bottom line and have no interest whatsoever in the well being of their staff or the service to passengers.” The strikes come at a time where Women’s safety at night is being questioned in the capital. Credit: Garry Knight via Flickr.

“No one has worked harder to ensure a safe environment for women on London Underground than the RMT. While Tube bosses have axed staff and left stations routinely unstaffed, with all of the obvious risks, we have campaigned relentlessly for the front line, physical ‎presence of visible staff on stations and platforms”.

The Union has said that 200 Night Tube dedicated driver positions have been cut this year, with TFL insisting Night Tube roles have been spread across all drivers with no jobs lost.

Passengers like Jade, a 24 year old regular Tube customer, now face a scramble to find safe, cheap and efficient options for journeys when the Tube is closed. “I have to get an Uber now but I only ever do that with friends” she told me. However, Uber have recently announced a 10% hike in fares in the capital, many feel busses are inefficient and unsafe and black taxis cannot be pre booked. “A cab can cost me £20, it’s too much for such a short journey and night busses are just unreliable” she added. The Night Tube is far safer and more efficient than the other limited options. Credit: Wikimedia Commons.

Talks will continue between TFL and the RMT with Londoners hoping for a resolution soon, but as for now no movement looks likely.