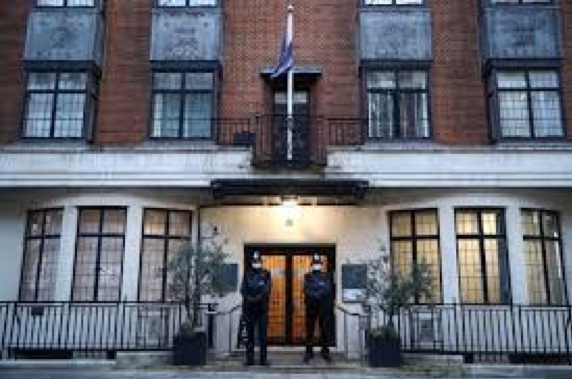 Prince Philip remains in hospital this week following his admission to the King Edward VII hospital last week with an infection.

It has been clarified that Prince Philips’ admission to King Edward VII’s hospital is unrelated to COVID-19, however he has been admitted as a safety precaution given the current circumstances.

He was taken into care last Tuesday and has since been there to stay until he recovers. Prince Philips’ son, Prince Charles recently visited his father in hospital and was seen with tears in his eyes.

The rest of the Royal family have taken kindly to the warm messages citizens have sent, wishing the Duke a speedy recovery.

“We’ve had some brilliant and lovely messages from all sorts of people. And we really appreciate that and so does he. I’ve been passing them on.” Prince Edward told Sky news. Prince Charles was able to visit his nearly 100 year old father for 30 minutes on Saturday and was seen with tears in his eyes.

His condition is supposedly not critical as he was able to walk by himself to the hospital independently and was in ‘good spirits’ according to Buckingham Palace. Queen Elizabeth and Prince Philip have had their COVID vaccinations.

Prince Philip and Queen Elizabeth have relocated from Buckingham palace and spent a majority of their time in Windsor castle since the first wave of the virus in 2020.