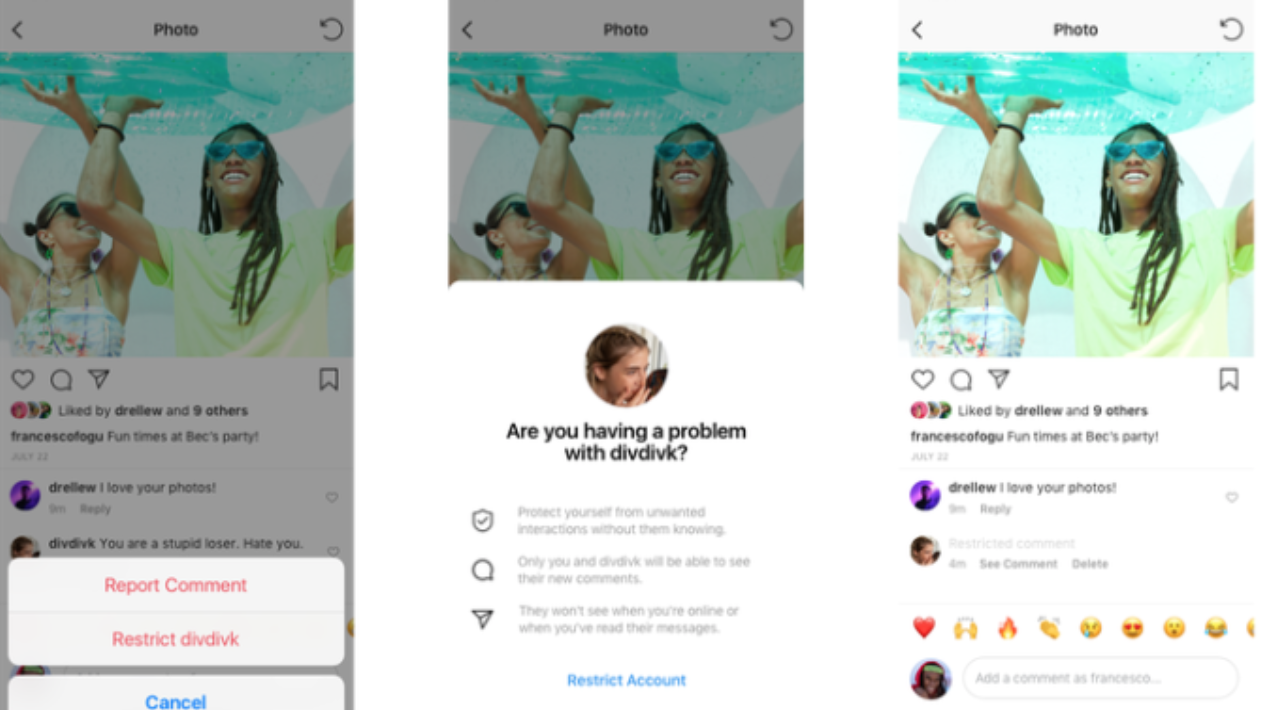 One of Instagram’s latest features the ‘Restrict Tool’, is to be rolled out globally, Instagram Bosses announce.

Initially trialed in the US earlier this year as a way to help ‘combat’ online bullying, the tool allows users to hide comments and block accounts from seeing their activity. The tool is thought to be first of its kind on social media allowing its users to “silently block” profiles, without physically blocking them.

During its pilot, Instagram reported that Restrict significantly decreased the number of unwanted encounters for its users. The tool can be accessed by swiping left on a comment, through the privacy section in settings or through a person’s profile. By giving users the ability to approve and decline restricted users’ comments, Instagram also found that the overall experience for its users on the application had significantly improved resulting in the worldwide launch of the tool.

The move comes after calls for social media sites to do more to tackle online bullying. The company were previously under fire for their nonchalant approach to bullying and have since taken various steps to increase users’ safety and experience whilst using the application.

Instagram head Adam Mosseri spoke on the topic at last year’s Facebook’s annual F8 developers conference, “What we aspire to do — and this will take years, I want to be clear — is to lead the fight against online bullying,”. Instagram has now banned self-harm content, diet culture, and cosmetic surgery posts and has also increased resources for users searching for taboo topics. Continue Reading
You may also like...
Related Topics:instagram, SocialMedia