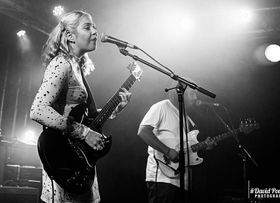 On pause: musicians waiting to press play after covid-19

Music can be a tool for liberation and self-expression, it can make us feel strong and also emotional yet, since Covid-19 and the numerous rules and regulations implemented it has drawn a stop to a lot of music.

The pandemic has pressed pause on musicians’ manic lifestyles and the creative process of writing and making songs.

A survey conducted last year by the British Musicians Union found nearly a fifth of musical artists were considering abandoning their careers because of covid-19.

However, during the pandemic and the multiple lockdowns that came with it, singer songwriter Lauran Hibberd used the time to write and produce new music.

Since March, Lauran said that she had been making it her mission to try and write a song a day.

Like many of us, Lauran’s plans of a busy touring year had been cancelled.

She explained, “seeing it come to a sudden halt was hard to adjust to mentally”.

Although, she’s been to sit down and home in on her song writing which she believes it has benefitted herself and her career.

Throughout 2020’s hurdles, Lauran spent her time juggling the “awkward time difference” with her music via her computer to her music producers and her collaborator for her new song in America.

The hours spent going back and forth payed off, “The production of the song was being done all over zoom and facetime, it was fun to see the song grow in a way I wouldn’t normally”. “Because of the time difference, it meant that the song was being constantly worked on for a couple of days solid”.

In a turn for change in December Lauran gave her first face to face live performance for nearly a year.

The intimate and socially distanced show made it an easy introduction back into the life she had had to stop in March last year.

Since the start of the outbreak of Covid-19, artists have realised the new protentional of not just social distanced live events but online gigs where the amount of people attending could be limitless.

COVID: the UK is facing another `staycation ́ this Summer, as plans to Reopen international flights are uncertain
Thirty-three arrests made in Anti-Lockdown London protests