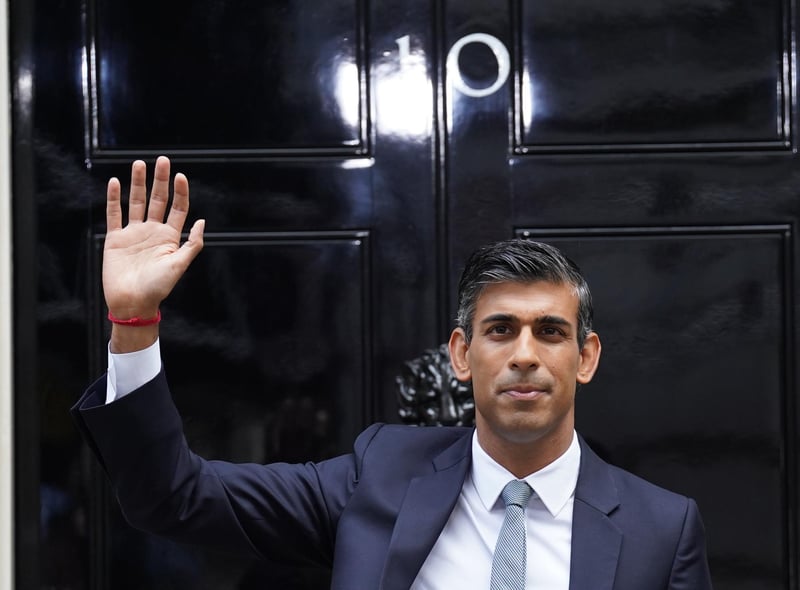 New Prime Minister Rishi Sunak officially took over as Prime Minister on the 25th October 2022 and faces a raft of challenges and issues in his new job.

The UK’s new Prime Minister Rishi Sunak begun his new job after visiting King Charles III for an audience at Buckingham Palace. Sunak talked about restoring trust to the office of Prime Minster and to government but more generally which was seen by some as criticism of his predecessor and former boss Boris Johnson.

Sunak won the resultant leadership contest unopposed due to him being the only candidate to pick up over 100 nominations from MPs with former prime minister Boris Johnson and current cabinet minister Penny Mordaunt both dropping out.

Sunak  is the first non-white Prime Minister of the United Kingdom and only the second from an ethnic minority following the much celebrated former Conservative leader Benjamin Disraeli. There was much speculation as to which minsters were to form part of his new cabinet and which ones would be sacked. Changes to the new Prime Minster’s cabinet included the following:

*Sacking of Chloe Smith as Work and Pensions Secretary

The previous Prime Minister Liz Truss resigned on the 20th October 2022. Truss had previously served as a long-time cabinet minister in the governments of David Cameron, Theresa May, and Boris Johnson.

'I believe in Britain,' says Liz Truss in final speech as prime minister

Speaking outside Downing Street, Ms Truss, who has become the UK's shortest serving prime minister after just seven weeks, wished Rishi Sunak "every success" as he takes the reins.https://t.co/WUnquWwffN pic.twitter.com/5SrNUd2NvV

The new Prime Minister had previous experience as Chancellor of the Exchequer particularly during the COVID-19 pandemic which shows his ability in a senior cabinet position as well as his ability to work during a crisis. This was shown with the Eat Out to Help Out Scheme which he organised during the pandemic which helped many families struggling at the time.

In addition, the UK markets went up after his confirmation as Prime Minister and alongside his Chancellor Jeremy Hunt Sunak helped to make changes to the mini-budget after the original economic disaster under Liz Truss and the markets have stabilised.

However, there have also been question marks over his wealth which the opposition Labour Party has used as an indicator that he is out of touch with the needs of the public particularly with the cost of living crisis. His wife’s nomdom status has also caused controversy as has several policy decisions he initiated as Chancellor of the Exchequer which went down badly with Conservative MP’s in particular the rise in National Insurance to fund more money for the NHS and social care.

Conservative Party members were more in favour of Boris Johnson returning as Prime Minister over Rishi Sunak had he made a formal bid for the leadership and returned as Prime Minister. Although, this would have created a risk due to Johnson’s dire poll ratings towards the end of his premiership and the refusal of several Conservative MP’s to serve under him if he returned.

The main opposition parties including Labour, Liberal Democrats and the SNP have all campaigned for a general election to be called by the Conservatives due to the party now onto their third prime minister in as many months. Opposition parties claim that Sunak, has been contaminated by his association with Boris Johnson due to the former Chancellor serving in his government and being fined alongside the former Prime Minister over PartyGate.

Since becoming Prime Minister the Labour Party have demanded an investigation into a video of Sunak over the summer which presented him talking about moving money from deprived areas into richer areas.

Politically the change in Prime Ministers has been damaging for the government, party, and country as there has been continuous change in the position of both the office of Prime Minister and different ministerial positions. There has been too many senior minsters within the government during 2022 and has caused instability, lack of continuity and confusion. These include five different Education Secretaries and four separate Health Secretaries this calendar year alone.

Overall, the change in Prime Minister for the second time in two months and the infighting in the Parliamentary Conservative Party since last December shows a government gradually running out of steam after over a decade in power. The reshuffling of the cabinet which now includes past members such as Michael Gove, Steve Barclay, and Dominic Raab as well as controversial appointments such as Suella Braverman also breaks Sunak’s pledge to bring back trust to government. The Labour Party has established a big poll lead over the Conservatives in recent months and these continuous changes in government, the instability and infighting in the parliamentary Conservative Party as well as the mini budget fiasco have all contributed to this.

Due to Sunak receiving the most nominations by his fellow MP’s and winning the leadership unopposed, Sunak and his new cabinet need to be given a chance by the parliamentary Conservative Party and Party members. However, Sunak faces challenges to turn things around due to economic difficulties and high cost of living crisis caused by the Ukrainian War. In addition, poor opinion poll ratings for his party is another issue which Sunak has to overturn before the next election to stay in power.