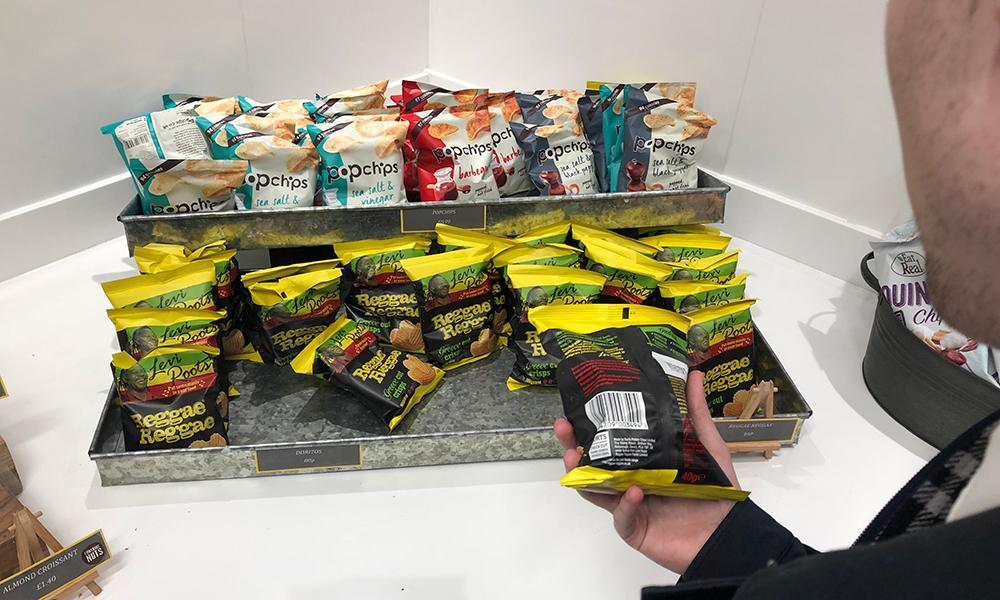 Peanut allergen sufferer, Meshanda Cyrus, 29, is seen double checking the ingredients in her food as an extra precaution after the deaths of two Pret A Manger customers.

The UK has some of the highest rates of allergic conditions in the world, with over 20% of the population affected by one or more disorder, according to Allergy UK.

Meshanda Cyrus, a second year Journalism student at London South Bank University has been allergic to peanuts since unexpectedly developing a peanut allergy at 6 years old.

“When I ate peanuts, I started itching which progressed over the years from an itch, to my throat swelling up, to my limbs feeling weak and all of that,” said Cyrus.

Natasha Ednan- Laparouse, 15, and another Pret A Manger customer whose name has not been revealed, both consumed products which contained unstated ingredients, causing both deaths.

After these events, students are becoming extra cautious whilst purchasing food outside their homes.

“I’m very careful about reading the ingredients, labels and allergens in things when I go to the shops. I look for what it’s made of and if it has any traces of nuts, peanut especially,” Cryus continued.

Following the tragic deaths, Allergy UK has called for an urgent review of the existing regulations which do not require food prepared on a retail site, to be labelled with allergen information.

Allergy UK welcomes the announcement from Pret A Manger that a company will list all ingredients, including allergens, on its freshly made products with trails starting from next month and a roll out to all UK shops as quickly as possible.

“My advice for people with allergies is to read. Read carefully, ask questions about what the foods are made of, and where it was processed. Just be careful because your health is important,” Cyrus finally added.

Is it safe to drink coffee during pregnancy?
Are universities doing enough to battle the mental health crisis?