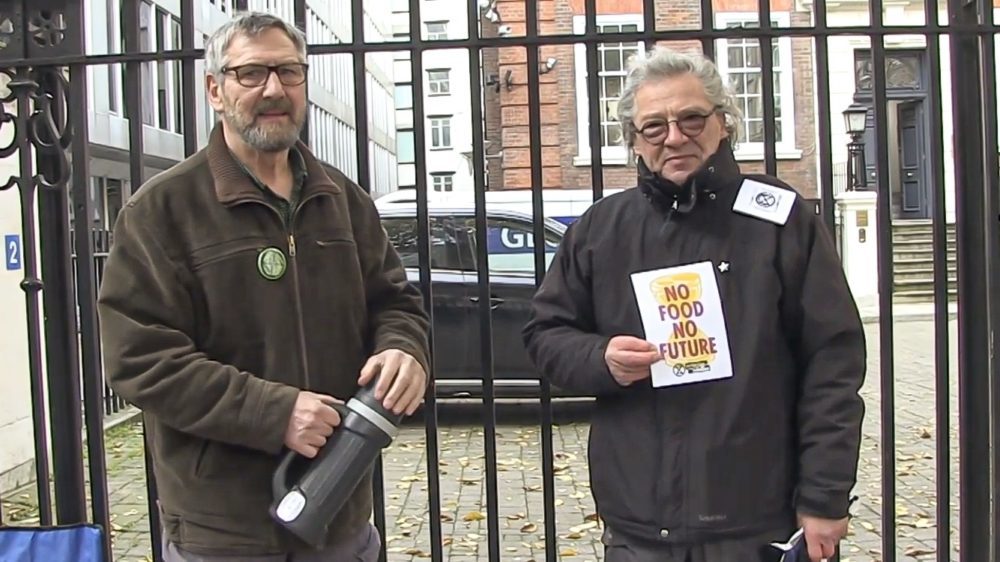 An expert is warning that Extinction Rebellion’s hunger strike could lead protesters who won’t eat for more than 24 days to “an ominous destiny”.

Claudia Gravaghi is a pharmacist, a nutritionist and a scientist based in London and she says that, “human body can survive absolute fasting for about 24 – 30 days, the physiological response of the organism to this deprivation can be distinguished in 4 phases, respectively called the post-absorption period, short fast, medium and prolonged fasting.”

Post-absorption period is 2-3 hours after a meal, short fast is after the first 24 hours,  fasting medium is over 24 hours, and finally prolonged fasting is after the 24 days.

The Extinction Rebellion fasting is between the medium and the prolonged fasting.

She also added: “In the first 24 hours of food deprivation, our energy levels are supported by the oxidation of triglycerides and glucose deposited in the liver in the form of glycogen. Over time, hepatic glycogen is no longer enough and most tissues (muscles, heart, kidneys, etc.) use of fatty acids (fat), instead of glucose that will be sent mainly to the brain that works only on glucose.
During the medium fasting, the liver cannot supply additional glucose, so the energy is derived from the muscular proteins degraded to amino acids (gluconeogenesis).

After 24 days the body has now used all the protein resources, including plasma proteins. The cocktail of ketosis (using only chetons body as a source of energy), reduction of immune defences, dehydration and reduced respiratory efficiency (given by the catabolism of diaphragm proteins and intercostal muscles) condemns the individual to an ominous destiny.”

Protesters in London have now reached day 11 of their hunger strike and have not yet reached half-way, as some of them want to carry on with the strike till the general election which will take place on December 12th, 2019.

Along with more than 400 people from 27 countries they began a Global Hunger Strike to demand that global governments take immediate action on the climate and ecological emergency.

This drastic and desperate action aims to highlight the devastating impact that the climate and ecological emergency.

Amy Hambrook said: “This is not appropriate and people will become unwell. This is cultish behaviour I could not condone/support. I recognise the message ER is trying to convey but there will be some people who follow ER with such a sense of purpose that are vulnurable to becoming very unwell by adhering to strikes such as these without consideration for their own well-being.”

Marko Stepanov is one of the Extinction Rebellion activists, who has been on global hunger strike since the day 1. Currently on the day 11 and willing to carry on till the general election. He admitted, that he struggled at the first few days, but despite that he’s feeling fine.

He comes to conservative party headquarters every morning and leaves in the evening when it gets dark. He claims that hunger “is not bad for a human body and everybody should try it”.

Another hunger striker – Julian May has also been taking part in the hunger strike for 11 days. He wants to carry on with the strike till all the political parties have agreed to support the climate ecological emergency bill.