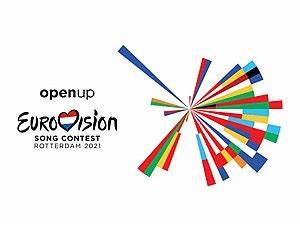 Eurovision semi-finals to go ahead tonight

The 65th Eurovision song contest is returning this week after last year’s cancellation due to COVID-19 safety restrictions. The Eurovision contest will go ahead with a live audience of 3,500 fans.

Tonight, marks the semi-final of the 2021 Eurovision competition, and fans are excited for event to return to our screens this week, in front of an audience of 3,500 people at Rotterdam’s Ahoy Arena in the Netherlands.

The Netherlands was due to host the 2020 contest, but the event was cancelled due to the uncertainty due to COVID-19 safety concerns. The judges at the 2019 Eurovision contest.

The event will be hosted by Chantal Janzen, Edsilia Rombley, Jan Smit and Nikkie de Jager (better known as NikkieTutorials on YouTube), with the theme for this year’s competition being ‘Open Up’ with the EBU inviting people to “open up to others, to different opinions, each other’s stories and of course to each other’s music”.

Sietse Bakker, Executive producer of the event, said, “We have looked for a theme and slogan that reflects what the Netherlands stands for, and which the Dutch can identify with; a country with an open mind to the world, where we speak our mind, with respect for each other.” Excitement is building as the finale approaches fast.

This Thursday, 20 May, there will be a second semi-final with 18 countries performing on the night before the grand finale on Saturday, 22 May, where the remaining countries will battle it out for the winning spot.

The Eurovision is a song contest organised by the European Broadcasting Union (EBU) throughout Europe, which represents 116 member organisations in 56 countries and an additional 34 Associates in Asia, Africa, Australasia and the Americas.

Each place selects someone to represent their country and all participating contestants join in for a three-day battle between European countries where the public, as well as judges, vote for their favourite country.

The winning country then gets the opportunity to hold the next Eurovision contest in their country.

In 2019 Duncan Laurence who was representing the Neverlands, went on to win the competition with his song “Arcade”, giving the Netherlands its first Eurovision win since 1975.

For the UK, Eurovision will be broadcast on the BBC this year, with both semi-finals being aired on BBC Four, and the final being shown on BBC One.