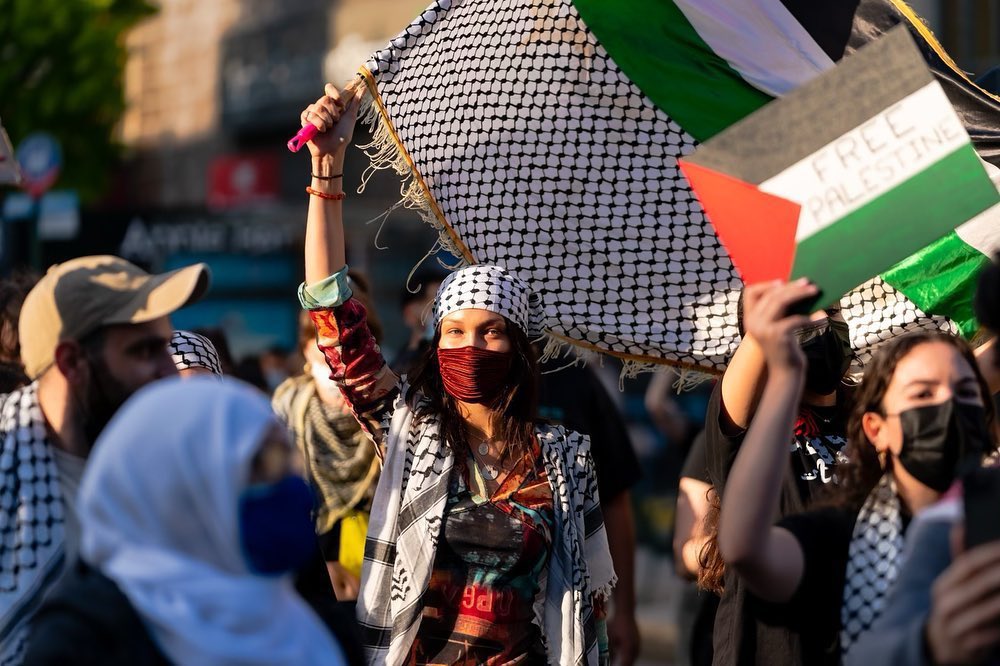 The protests have had a huge turnout in London, New York City, Leeds, Tunisia, Manchester and even Yemen who have suffered through a humanitarian crisis this past year with more than 24 million people going hungry. Protesters in Yemen marched in thousands as they stood for solidarity with the people suffering in Palestine.

Sarah Abdallah took to Twitter to state, “Even as they’re suffering from the worst humanitarian crisis in the world, the Yemeni people came out in colossal numbers for Palestine.”

Londoners saw one of the biggest marches in decades over the weekend with an estimated 150,000 people protesting for the government to act upon the conflict between Israel and Palestine.

Celebrities all over the globe have shown their thoughts and prayers and used their voices to raise awareness on Palestine.

Supermodel sisters, Bella and Gigi Hadid have both taken to the streets to protest and to Instagram to share the realities of life in Palestine at this tragic time.

The models have a close relationship with Palestine as their father’s family immigrated to the US in search of refuge from conflict.

Bella Hadid wrote in a heart-breaking Instagram post about the protests in New York, “The way my heart feels… To be around this many beautiful, smart, respectful, loving, kind and generous Palestinians all in one place… it feels whole! We are a rare breed!”

“I feel a deep sense of pain for Palestine and for my Palestinian brothers and sisters today and every day. watching these videos physically breaks my heart into 100 different pieces,” Bella added.

Her older sister Gigi, posted on Instagram stating her frustrations of, “One cannot advocate for racial equality, LGBT and women’s rights, condemn corrupt and abusive regimes and other injustices yet choose to ignore the Palestinian oppression. It does not add up. You cannot pick and choose whose human rights matter more.”