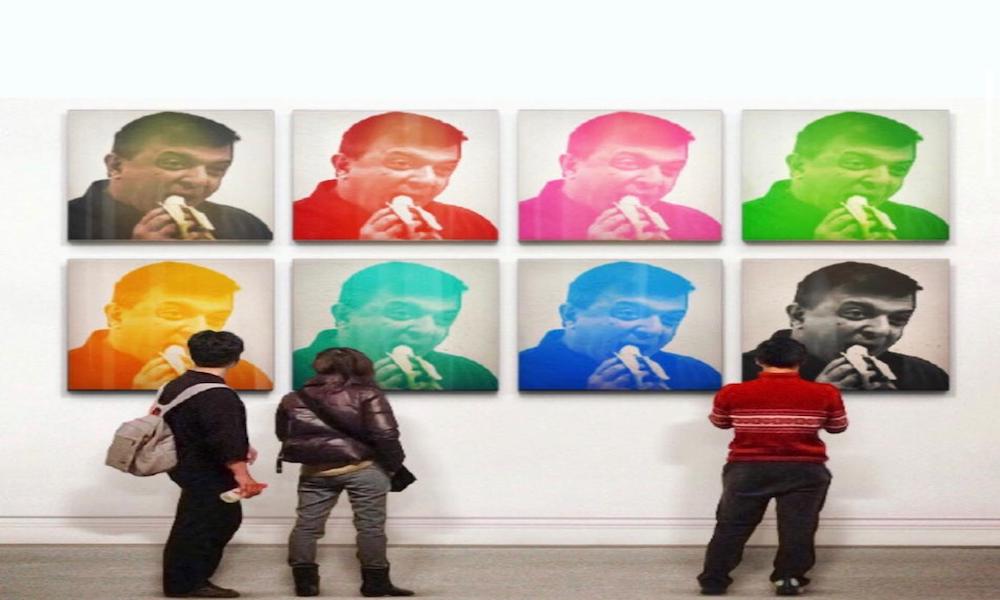 $120 000 Banana doesn’t stop artists when they are hungry

Maurizio Cattelan’s artwork ‘the Comedian’ has become a viral sensation after it was taken down from the wall of the Art Basel Miami Beach exhibition and eaten by a Georgian artist David Datuna.

Art collectors did not buy bananas, like a fruit that will eventually rot, but as a concept.

The vital component of the purchase is the certificate of authenticity, which includes instructions on how to replace the fruit, after which it will still be considered a Cattelan.

The Italian artist is described by the Perrotin Gallery as “one of the most popular and controversial artists on the contemporary art scene”.

He is famous for his dark sense of humour and absurd scenes created with realistic figures of celebrities, historical figures, and even extended middle fingers.

The “Comedian” is not Cattelan’s first work using duct tape. In 1999, he used adhesive tape to attach his gallerist, Massimo De Carlo to the wall for the exhibition “A Perfect Day”.

The idea behind the artwork as the Gallery founder Emmanuel Perrotin explains, is “the symbol of global trade and how objects move through the world.

He called his art performance “ Hungry Artist” and explained it to be the encouragement of an idea that every person reacts to art differently.

“Warhol put a banana on a canvas, Cattelan takes a real banana and puts it on the wall. David took a banana from the wall and ate it!” He even confessed to The Guardian in an interview.

He calls Cattelan a genius and says that he respects his work and his humour. Nevertheless, he said he thinks it’s silly and not good for the contemporary life to make a second and third version of a 20-cent banana and sell it for $150,000.

“I have travelled in 67 countries around the world in the last three years, and I see how people live. Millions are dying without food. Then he puts three bananas on the wall for half a million dollars?” as he told the Guardian.

Although eating duct-taped banana created chaos beyond the art world, David Datuna insists that his action was not a cry for attention but an art performance.

The artist was already known for his dramatic and political performances. His work includes an anti-Putin show in Russia an installation of the American flag in front of the White House during Trump’s presidential elections.

Datuna’s work is recognized worldwide and he even is the only living artist displayed at the Smithsonian’s National Portrait Gallery.

Lucien Terras, director of museum relations for Galerie Perrotin told the Washington Post that David Datuna did not destroy the artwork since the banana represented an idea.

However, the “Comedian” was removed from its booth on Sunday, December 8th, due to increased crowd movements and access issues.

The museum stated that they have the resources to replace Cattelan’s work, but for now, they will restrain from risking copycats re-creating Georgian artist’s performance.

Whether banana duct-taped to a wall is art or not is still a question, but Cattelan’s work has encouraged bananas to pursue their Mona-Lisa dreams.