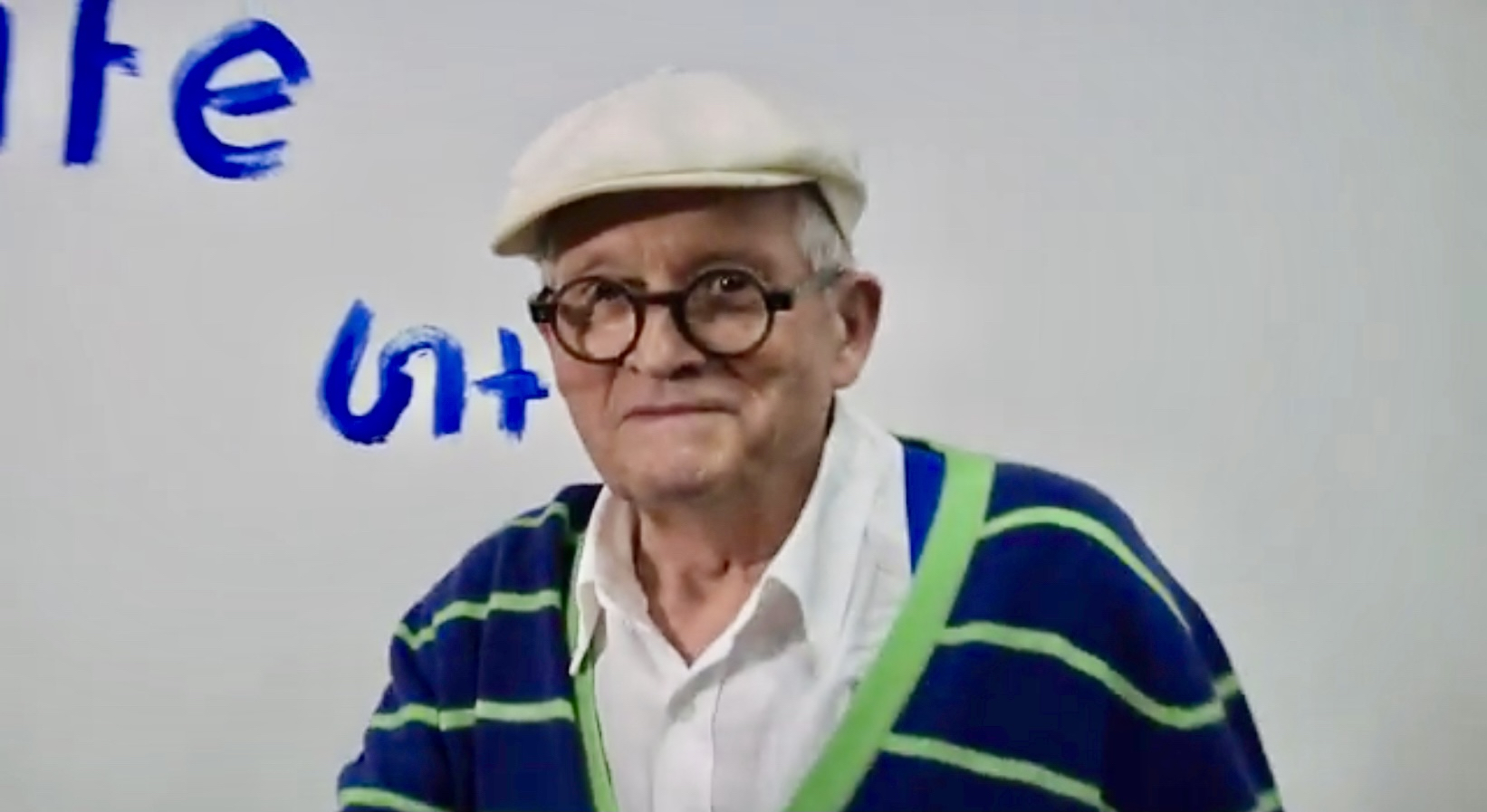 David Hockney lights up Picadilly Circus with his ‘message of hope’.

Eighty-three-year-old artist David Hockney presented his latest art piece, inspired to give the world hope after a year of lockdowns and restrictions as a result of the COVID-19 pandemic.

David Hockney is recognized as one of the most influential artists of the 20th century, known for his contributions to the pop art movement in the 1960s, as well as a number of renowned cubist pieces. Photo: A self-portrait on an oil canvas of the artist David Hockney. Credit: Martin Beek.

Crowds have gathered in Piccadilly Circus, London and Times Square, New York every day since Saturday to witness Hockney’s art animation. The video is called Remember You Cannot Look At The Sun Or Death For Very Long.

The digital art sequence that lasts for 2 minutes and 30 seconds, features a number of dark scenes followed by a dramatic array of sunshine spreading vigorously over the scenery.

This installation is also being showcased in Seoul, Tokyo and Los Angeles.

Hockney created the video on his iPad in his home of Normandy France.

He took a liking to creating art digitally in 2009, as it is less messy than using real paint and therefore requires less time cleaning up.

Hockney said that he hopes his art piece will “encourage people to take the time to see the world’s beauty” when they view it on the large screens.

The Mayor of London, Sadiq Khan described the animation as ‘stunning’. Photo: Screenshot of Sadiq Khan’s tweet about the animation.

Hockney has been known for his great artistic work. In 2018, his 1972 work “Portrait of an Artist” sold at an auction house in New York City for £70 million.

The display coincides with Hockley’s latest book release “Spring Cannot Be Cancelled”, as well as his current Royal Academy Exhibition “The Arrival of Spring, Normandy 2020”.

A limited-edition poster will also be available on CIRCA.ART commemorating the artwork, with all proceeds going towards grants for artists and institutions that have struggled since the start of the pandemic.