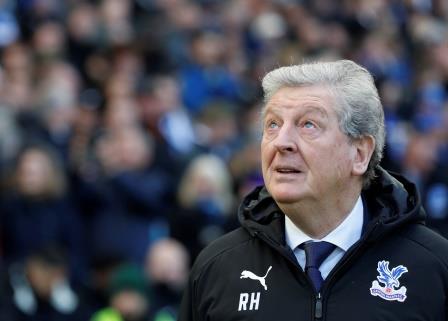 After nearly four years of managing the club, Crystal Palace have confirmed that Roy Hodgson will step down as their team manager at the end of this season.

As seen on the official Premier League website, it says that the “73-year-old’s final Premier League home match in charge of his boyhood club will be against Arsenal on Wednesday, in front of the returning fans at Selhurst Park.” It then stated that he will then “lead the team for the final time on Sunday at his former club, Liverpool”.

In 2019, Hodgson eclipsed Sir Bobby Robson as the oldest manager in Premier League history, but says he feels now is the right time to step down. In a statement from the club’s official website, he said: “After more than 45 years of coaching I have decided that the time is right for me to step away from the rigours of top-flight Premier League football, so our final two matches will be my last ones as manager of Crystal Palace.”

And that, “It’s been a particularly rewarding period of my football life and career to have been able to spend these last four seasons with Palace.”

Steve Parish, the Crystal Palace chairman, added: “I know how much it has meant to Roy managing the club he supported as a child, adding to his distinguished and unparalleled career in football management.”

He added, “we will be forever grateful for his immense contribution and I am delighted that we will have the opportunity to show our appreciation at Selhurst Park after the Arsenal match, alongside 6,500 supporters.”

Many fans took to Twitter after the news was first revealed there, to give their thoughts and support for Hodgson’s decision, with many even calling him a “gentleman” and a “true legend”.

And considering the news of lockdown easing from Monday, it has made it possible and to visit your favourite sport stadiums once again with tournaments and events beginning to take place.

The decision has left many excited over being able to attend future events as we take another step back into normality.