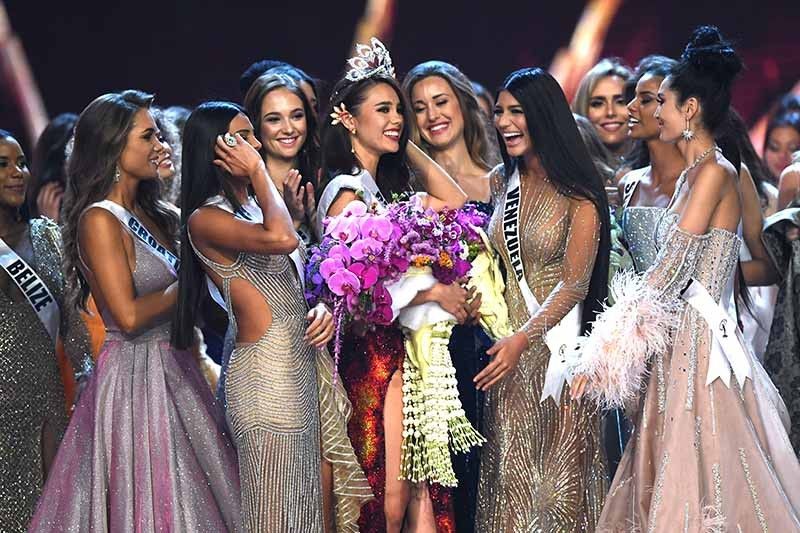 Miss Myanmar stole the show asking for prayers for Myanmar

On Sunday, Miss Mexico, Andrew Meza was crowned the title of Miss Universe after the ceremony finally took place after being delayed for several months due to COVID safety restrictions.

However, it was Miss Myanmar, 22-year-old Thuzar Wint Lwin who stole the show when she held a sign saying ‘Pray for Myanmar’ during the traditional costumes segment.

Lwin used her platform to bring light onto the political situation in Myanmar, in which the military decided to overtake the elected government in a coup on February 1st. In 2011, Myanmar was under the quasi-democracy rule which started in 2011 when the military implemented parliamentary elections, after running the country since 1962. This coup has seen the return to military rule.

The coup started when the first session since their recent election was scheduled to be held in parliament. The November 8 election saw Myanmar’s leading civilian party, the National League for Democracy, win the majority vote; 83% of the body’s available seats.

The military refused to accept these results and the idea of the coup arrived when they tried to argue that the results were ‘fraudulent.’ They decided to ‘take action’ and started surrounding their houses of parliament with military soldiers. The country has been under a dictatorship since. During Thuzar Wint Lwin’s final comments during the pageant, a video screen behind her played showing her attending protests as she spoke in Burmese (the national language of Myanmar), she said,“Our people are dying and being shot by the military every day…I would like to urge everyone to speak out about Myanmar.”

Speaking in an interview with the New York Times once the pageant had ended, she said, “They are killing our people like animals. Where is the humanity? Please help us. We are Helpless here”

Miss Myanmar added, “The soldiers patrol the city every day and sometimes they set up roadblocks to harass the people coming through. In some cases, they force without hesitation. We are scared of our own soldiers. Whenever we see one, all we feel is anger and fear.”

Despite the love and support she has received, especially online, since her statement, she has since said that she fears for her life.

UK University Students could face another term online in the Autumn
Crystal Palace football manager, Roy Hodgson, announces he will step down