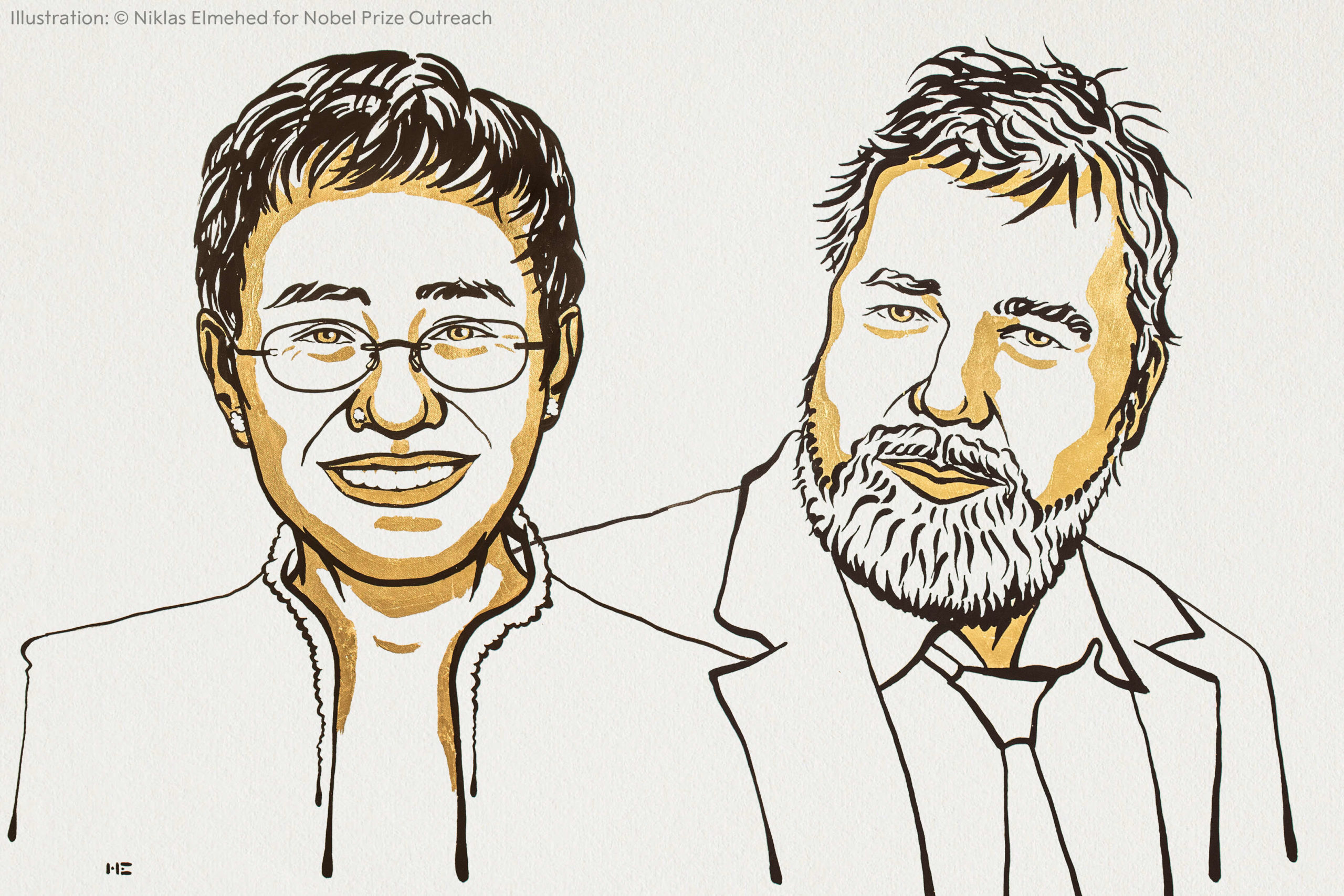 Berit Reiss-Andersen, the current chair of the committee, has announced at the Norwegian Nobel Institute in Oslo, that Maria Ressa and Dmitry Muratov were awarded the prize for “their efforts to safeguard freedom of expression which is a precondition for democracy and lasting peace.” and has described them as “representatives of all journalists who stand up for this ideal in a world in which democracy and freedom of the press face increasingly adverse conditions.” Maria Ressa, who is originally from the Philippines, has worked as a lead investigative reporter for CNN, often investigating terrorist networks in Southeast Asia. In 2011, she also co-founded and became the CEO of Rappler, an online news website that has faced many controversies, legal attacks and silencing attempts after exposing cases of corruption by Philippine’s government officials, spreading of fake news to manipulate the 2016 presidential campaign and Rodrigo Duterte’s very controversial war on drugs violating human rights. Maria Ressa was accused and arrested for tax evasion and cyberlibel several times, she is now facing six years in prison and these accusations from the Filipino government are seen as politically motivated by several journalism organizations.

Dmitry Muratov, is a Russian journalist and editor-in-chief of the newspaper Novaja Gazeta, which he co-founded in 1993 and is “the only truly critical newspaper with national influence in Russia today” according to the Committee to Protect Journalists. Novaja Gazeta is known to often report on issues such as corruption, police violence, electoral fraud, fake news and abuse of power. The newspaper has faced harassment, threats, violence and six of its journalists being murdered. In its statement the Norwegian Nobel Committee said that despite the killings and threats, Dmitry Muratov “has refused to abandon the newspaper’s independent policy. He has consistently defended the right of journalists to write anything they want about whatever they want.” The Nobel Committee ended their statement by saying “Free, independent and fact-based journalism serves to protect against abuse of power, lies and war propaganda. […] The award of the Nobel Peace Prize to Maria Ressa and Dmitry Muratov is intended to underscore the importance of protecting and defending these fundamental rights.”