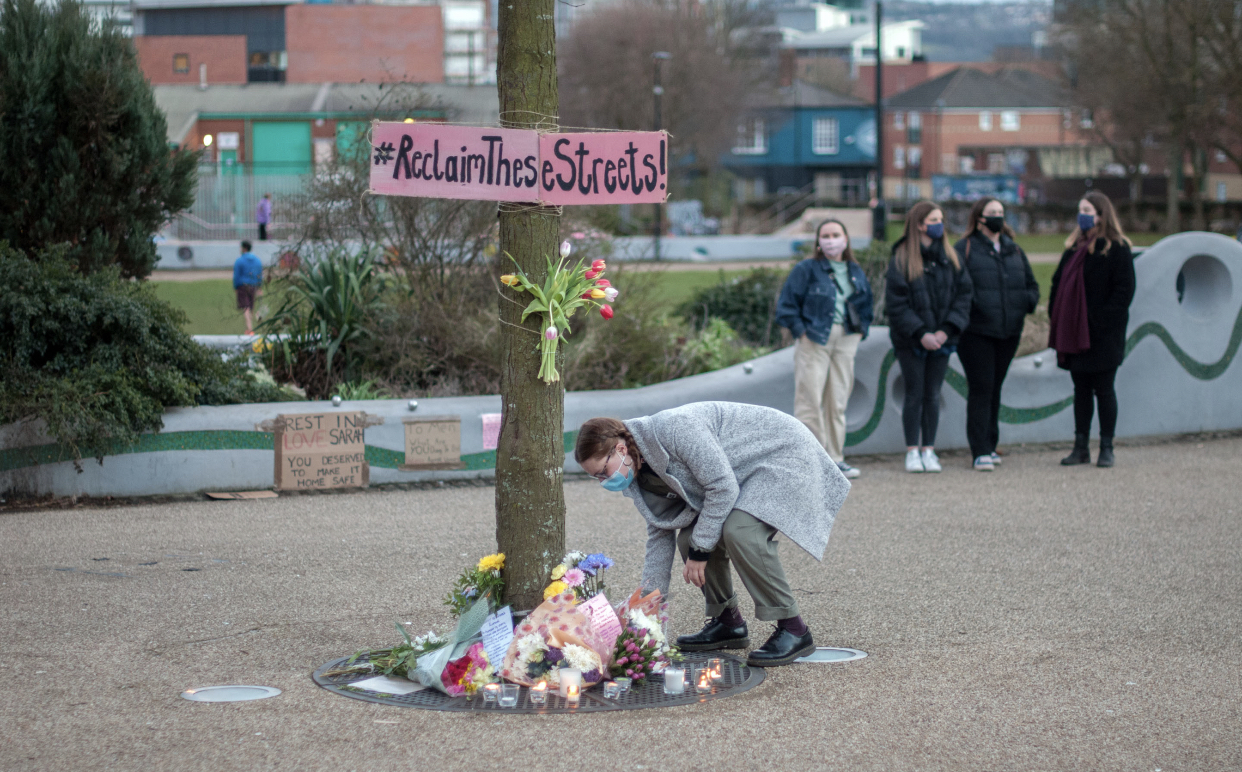 Murderer, Wayne Couzens sentenced to life in prison after murder of Sarah Everard.

This March Sarah Everard, like thousands of other women, was walking home from a friends house, but she never returned, The 33 year old marketing executive was kidnapped in south London England walking home from Brixton hill. Police officer Wayne Couzens stopped her, and she was raped, murdered and kidnapped by him.

On the 30th September 2021 Wayne Couzens was sentenced by the Old bailey central criminal court in London to spend the rest of his life in prison. Wayne confessed to burning Everards body to hide his traces. It was confirmed to be a premeditated attack on Sarah.

He was arrested on the 9th of March 2021 and claimed he had been forced to kidnap Everard and hand her over to a gang, which was a false claim.

The British Commissioner of Police is trying to reassure women by telling them To call 999 when approached by a lone police officer, but most women feel like this is contradictory instruction and they don’t feel completely in safe guard. This incident is the reason as to why people are creating societies charities, or any kind of support community to protect women from the insecurity they’re facing by taking action and spreading awareness.

By being aware of the repercussions women wouldn’t have to endure harassment and assault in the future whilst they are walking alone in the streets.

“I don’t feel safe walking home alone at night because of cases I’ve heard at the moment like Sarah Everard and cases very close to my area, feeling like police can’t protect me” – LSBU student.

It has been reported from Ms Everards family that they are very pleased that Wayne Couzens has received a full life sentence and will spend the rest of his life in jail. They also say Sarah lost her life needlessly and cruelly and the years of life she had to come were stolen from her. After over 7 months since Sarah passing the pain of loosing her is still so overwhelming to her family, they say:

“we miss her all the time, she was a beautiful young woman in looks and character and our lived are poorer without her… We hole her safe in our hearts”. The hashtag #Reclaimthesestreets movement, alongside many other societies, has been set up as a safe community to ensure women’s safety. Their slogan is:

“Streets should be safe for women regardless of what we wear, where we walk or what time of day or night it is. It’s wrong that the response to violence against women requires women to behave differently”

so Reclaim These Streets speaks up on street harassment of women and girls, educates boys and men to take responsibility for the problem of violence against women and girls, and works to challenge misogyny in the way our laws are written and enforced’.

The website provides a place for people to donate money towards lots of different types of societies and movements and helps create a community for women in the similar positions.