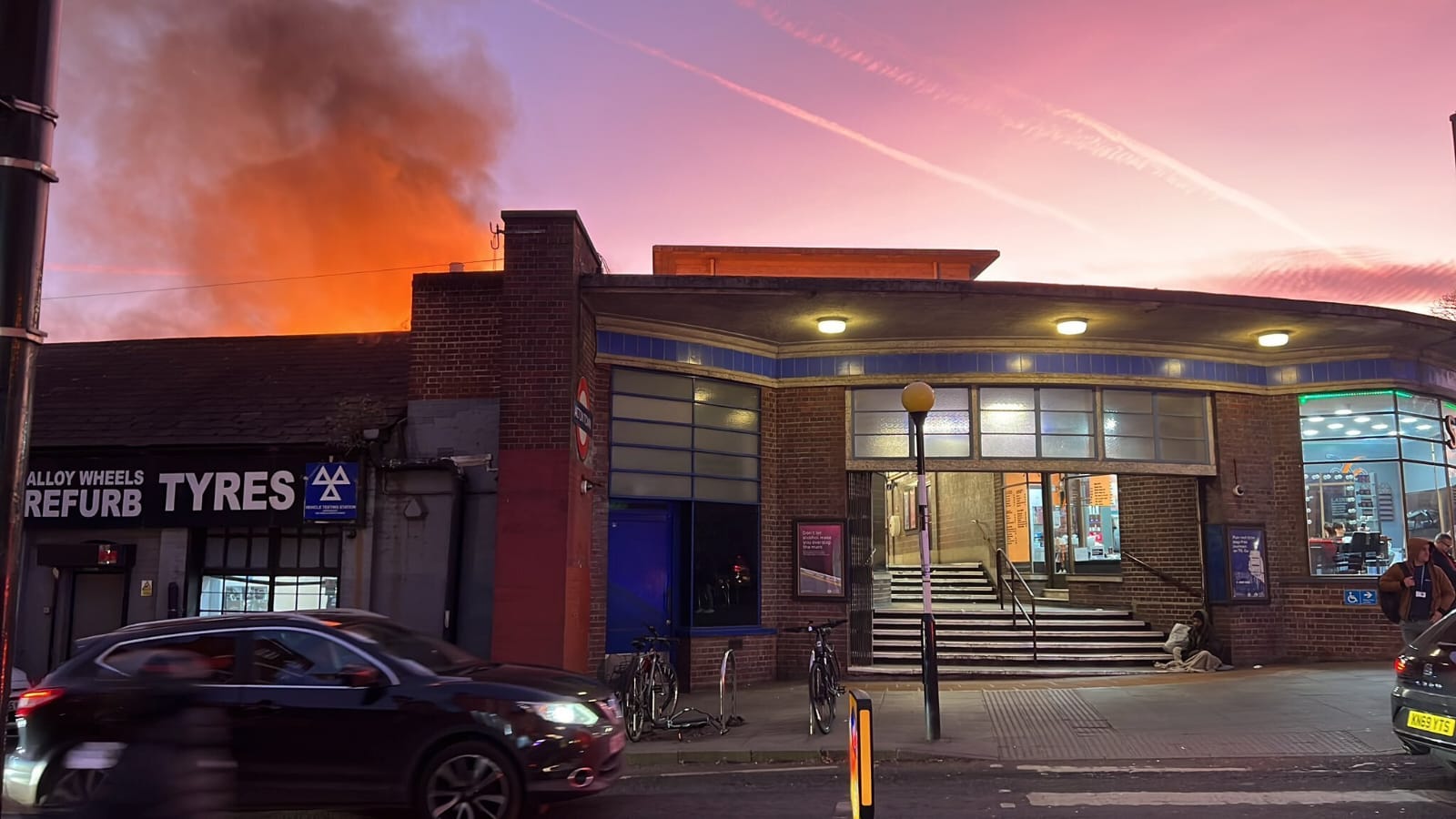 There is no district line service between Turham Green & Ealing Broadway and the Piccadilly line due to a large blaze in Ealing last night. The lines have been impacted due to an ongoing investigation about the cause of the fire.

Transport for London (TfL) have suspended the nearby tube services in the area and cannot confirm when they will resume.

The fire erupted at a car garage close to Acton Town tube station last night. London Fire Brigade arrived at the scene with ten fire engines and around 70 firefighters to tackle the fire. The fire was under control late last night. Seen above: the damaged garage due to the fire Photo credit: Samuel Grega

Inside the garage where the fire occurred, firefighters cooled gas cylinders as when exposed to high temperatures, they can explode.

A nearby Coffee shop owner who witnessed the fire stated “It was a really big and huge fire.” and when the fire emerged, Police told them to close the shop.

Commuters were forced to use buses to travel to and from work whilst the fire disrupted tube services.

The fire at a car garage in #Acton is now under control. Firefighters will remain at the scene for the next few hours to dampen down the area. https://t.co/oGOn4BxOX2 pic.twitter.com/xRC0l4jOpp

Around 35 people were evacuated from the area as a precaution. There are no reports of any serious injuries.

Peter Mason, leader of Ealing council has issued the following statement: “We can confirm that the fire has now been extinguished and emergency services have left the scene. Thank you to the fire service, Met and British Transport Police, our local authority liaison officers and highways team who were swiftly on the scene to support the operation.”

Disruptions expected to continue whilst the investigations continue in the area.